Chelsea Community Fair Board Members Richard Bollinger and Jeff Layher were honored this weekend with prestigious Heritage Awards at the Michigan Association of Fairs and Exhibitions (MAFE) annual convention held at the Amway Grand in Grand Rapids.

The Heritage Award honors volunteers who have at least 10 years of service to a fair or convention and are nominated by their local fair board. Any fair in the state can nominate local individuals and they go to a committee that reviews all of the applicants and choses just 10 people each year for this special honor.

Earl Heller won this award for the Chelsea Fair a few years ago.

Layher said he has been on the fair board for 45 years and has been the Chelsea Community Fair manager for the last 25 years.

Combined, he said, he and Bollinger have almost 100 years of volunteer service to the Chelsea Community Fair.

“Richard has been an integral part of the fair board for I don’t know how many years,” said Fair Board President Eric McCalla. “The track and tractor pull is his deal and he makes sure the quality of the track is good and always puts on a quality show.”

When asked how Lahyer first got involved with the fair,he said even before he was on the fair board, he helped out at fair. “I like fair. I know everyone and it gives me a sense of accomplishment,” he said adding that everyone should give back to their community.

MAFE helps promote the development of agriculture and related industries, coordinates the objectives of fairs and exhibitions across the state, informs and educates its members through meetings and an annual convention, and encourages the participation of youth in these endeavors. 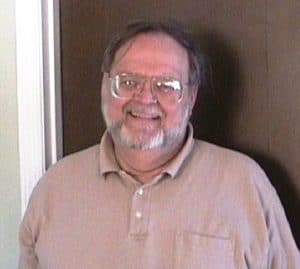