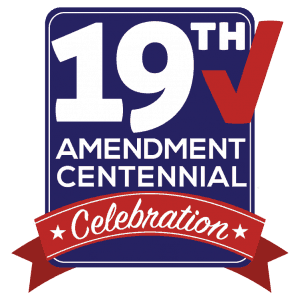 Women first organized and collectively fought for suffrage at the national level in July of 1848. Suffragists such as Elizabeth Cady Stanton and Lucretia Mott convened a meeting of over 300 people in Seneca Falls, NY.

In the following decades, women marched, protested, lobbied, and even went to jail. By the 1870s, women pressured Congress to vote on an amendment that would recognize their suffrage rights. This amendment was sometimes known as the Susan B. Anthony amendment and became the 19th Amendment.

After decades of arguments for and against women’s suffrage, Congress finally passed the 19th Amendment in June 1919. After Congress approved the 19th Amendment, at least 36 states needed to vote in favor of the amendment for it to become law. This process is called ratification. When members of the Tennessee state legislature debated on whether or not to ratify the amendment, the state senate voted to ratify, but in the state house of representatives, the vote resulted in a tie. A young man named Harry Burn cast the tie-breaking vote. Acting on advice from his mother, Phoebe, Burn voted to ratify the amendment.

On Aug. 18, 1920, Tennessee became the 36th state to ratify the amendment, making it the law. https://www.nps.gov/articles/tennessee-women-s-history.htm

NOTE: The Equal Rights Amendment (ERA) has not been ratified by the required 38 states, after being passed by Congress in 1972. Now, one century after the 19th Amendment took effect, Virginia is the 38th state to approve the ERA legislation, and the amendment’s future is up to Congress and the courts.