(Publisher’s note: The grand champion lamb’s name was Kip. The information has been changed and is noted here. I apologize for the error. In addition, the photo above is of Megan O’Day.)

Ryan Koenn had a Tuesday night at the 75th Annual Chelsea Community Fair that he’ll remember for a long, long time.

After 10 years of competing with his lambs, on Aug. 21, Koenn not only won the senior showmanship class — making him eligible for Sweepstakes Showmanship on Saturday night, Aug. 25, where he will compete with the first place showmanship winners from other livestock categories — but also his lamb named “Kip” took grand champion lamb later in the evening.

“It was really exciting,” he said by phone after his grand championship victory. “It’s my first time as grand champion and I’ve been showing lambs for 10 years at the fair.”

Although he said it’s always a lot of fun to show at the fair, this year was special. “It’s really fun to finally win,” Koenn said, and take home two big trophies.

Reserve grand champion lamb went to Jack Dooley, who also took home a trophy for rate of gain with his lamb “Lambchop.”

The sheep, which spent time with horses at the family’s show barn, weighed in at 70 pounds at the official weigh-in before the fair and arrived back for the weigh-in topping 165 pounds. He said that Kent feed and hay was the key to his lamb’s rapid weight gain.

Mason Trinkle had the grand champion pair of lambs and Reserve Grand Champion was awarded to Samantha Bies, who is a busy youth at the fair this year. She’s a fair queen candidate and plans to show one of her lambs in the talent portion of fair queen competition on Friday night.

Emily Trinkle, 8, showed her lambs Chocolate and Chips and said she enjoyed watching them grow from the time they arrived at her family’s home to the time she showed them at fair.

“I practiced walking them and setting them up,” she said, and yes, her sister, Bies helped her learn the ropes.

Sheep Superintendents Greg McKenzie and Jerry Kuhl said there were 21 kids showing sheep this year and 33 lambs were entered. “It’s about the same number as last year,” they said. 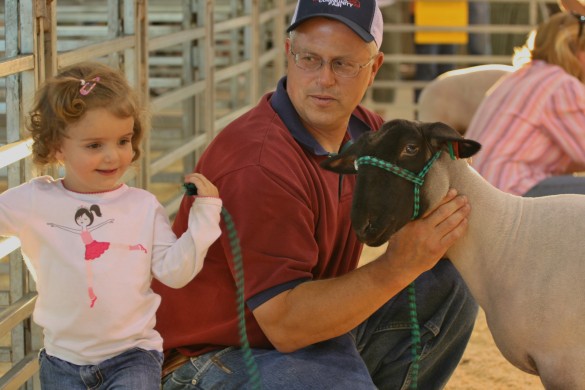 A novice class entry, a chance for newcomers to try their hand at showing a lamb. 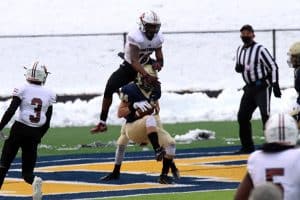 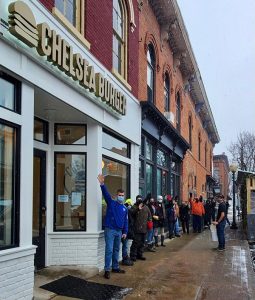 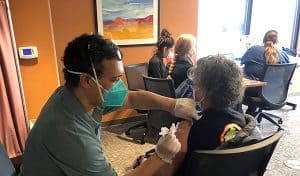