Fire Captain Chris Smyth gave the Chelsea Area Fire Authority Board a “live” demonstration of a new piece of equipment called the Lucas CPR device on a practice dummy, during Tuesday morning’s board meeting.

This battery-operated, automated mechanical chest compression device delivers high quality compressions that are not possible when fatigue sets in while performing manual CPR compressions over long periods of time.

Smyth told the board that in the case of a cardiac arrest call, the county requires that those involved in resuscitation efforts remain on the scene giving continuous chest compressions for 25 minutes before moving a patient to an ambulance for transport to a hospital.

This device can move with the patient to the hospital in the ambulance, he said.

Typically, because of the physical exertion required while performing CPR chest compressions, a two-man team switches off every two minutes, he said, to give the patient the best possible chance of continuous oxygen levels to the major organs.

According to information from the manufacturer, “The LUCAS device has been shown to improve quality of chest compressions, increase ETCO2 levels as well as being able to sustain life-saving circulation during prolonged resuscitation attempts.”

Smyth said the department purchased two of the about $16,000 each and there is one at Station 1 and a second at Station 2.

He said they haven’t had to use the equipment yet but there is no limit on the age of the person it can be used on, rather, any limitations are for the size of the person. For instance, if the patient is too small for the devise to reach a person’s chest.

He said there is an annual inspection of the devises and that the batteries are rated for five years and they have several on hand at the stations.

He said use of these devises is “becoming the standard in the industry” and Ann Arbor Township, the City of Ann Arbor and Scio Township also have the same ones. 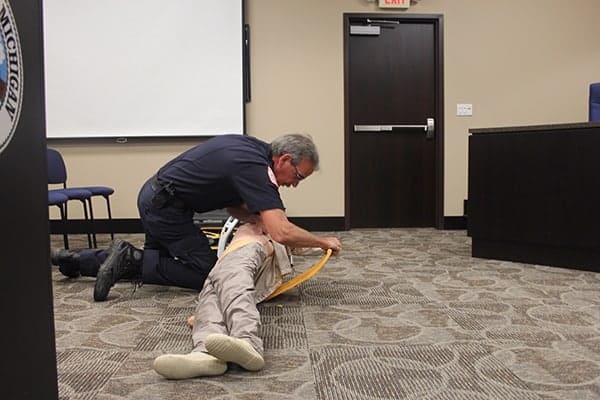 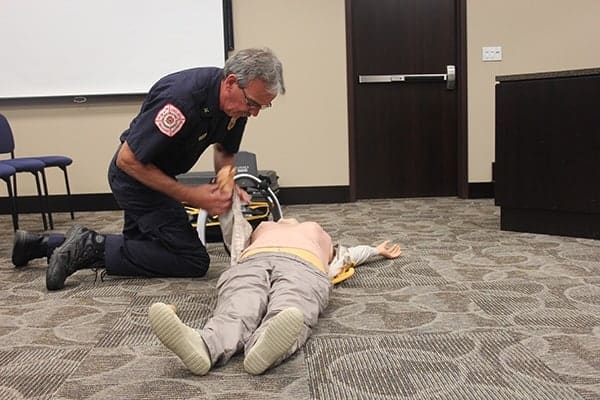 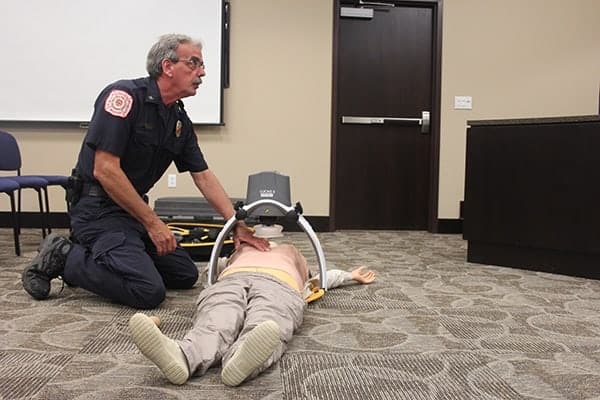 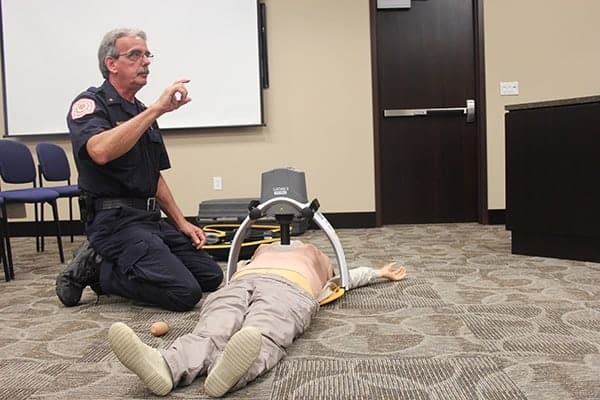