(Chelsea Update would like to thank Jason Eyster for the information and the Chelsea Area Historical Society for the photo.)

Mark your calendars on July 17-19, 2020 to attend the world-premiere of an original play that reveals the story of Frank Glazier and the bitter political rivalry that divided Chelsea at the end of 19th Century. The repercussions are still felt today.

Chelsea Area Players is producing “The Only Man in Town,” an original musical by Jason Eyster, which highlights in 17 songs, humor, and drama the meteoric rise of Chelsea’s most colorful citizen, Frank Glazier, and his dramatic fall, nearly destroying his family, whose betterment was a chief motive in his ambitious actions.

This play will be performed in the auditorium at Chelsea High School and tickets go on sale Dec. 15 at Hometown Pharmacy.

In the 1890’s, Frank Glazier could see the future. He brought to Chelsea. Then a small farm town, industry, electricity, telephones, running water, an old age home, and the city’s iconic Clock Tower.

He was the town’s mayor, head of its school board, president of two banks, state senator and had plans to run for governor. Today, however, he is only sketchily recognized as “the crook who built the Clock Tower.”

Through this artistic production, CAP will introduce today’s residents to Glazier and to his story of Midas-like rise, fall, and redemption, providing the community with its own “civic story.” Beginning in the 1890’s, everything Glazier touched turned to gold. Many believed that he could do no wrong and repeatedly elected him president of both the town and school board. He was also president of the Chelsea Savings Bank and of Glazier Stove Company, the largest oil stove manufacturer in the world.

A successful entrepreneur, poet, philanthropist, inventor, and politician, Glazier was also quixotic and brash. Having lived in Germany, he studied at the Eastman School of Business and obtained a Pharmacy degree from the University of Michigan. He had a world view and sense of history that many Chelsea-ites lacked.

Many of the town’s leaders, however, opposed Glazier’s progressive plans, including those for electricity, a new high school, and other reforms, favoring more gradual change. Political control of Chelsea flipped back and forth between the two factions for almost 20 years.

CAP Producer Shelley Wheaton said in a press release, “How amazing it is that the happenings in Chelsea in the late 1800’s can be seen in Chelsea today, some 125 years later.

“We proudly still have our Clock Tower and the old age home (now known as the Chelsea Retirement Community). We may not have the exact industry Glazier started but we certainly have industry. Who knows how long it may have been until we got electricity, telephones and running water if Frank Glazier had not pushed his agenda for the modernization of the then small farming community?” she said.

“Challenge, opposition and drive keep communities and schools moving forward. I’m glad Chelsea had Frank Glazier and Harmon Holmes to keep him in check,” she said.

The long-range plans for the musical are to promote it to other community theatre organizations around the United States.

Its focus on the conflicts between tradition and modernization and between consensus and individual leadership will resonate in other communities and the growth of Glazier’s wife, Henrietta, from a complacent housewife to a formidable protector of her family, may inspire all attendees.

Vicky Wurster, the director of this production said, “I have looked around at Chelsea and talked to many of Chelsea’s long-time residents since coming in contact with this musical. I can say I am thrilled to be directing such a meaningful production.”

She said, “The music is beautiful and tells amazing stories. The playwright did a great job with the story and the characters. I encourage everyone to take a step back and look around. This show reinforces what you see today in our city: “a wonderful town with wonderful people making every day count.”

CAP has planned a year-long celebration of Frank Glazier, culminating in an original musical that portrays Glazier as a complex character at battle with both traditional values and with his own nature.

In addition to staging an original musical, CAP will initiate lectures, exhibitions, concerts, tours of the cemetery and the homes of historical characters portrayed in the play, and other activities throughout the year.

Assisted by other community organizations, these activities will reinstate Glazier as an important actor in Chelsea’s development and in its continued vibrant economic and cultural health.

The coming events will also remind residents that political divisiveness is not a recent phenomenon. 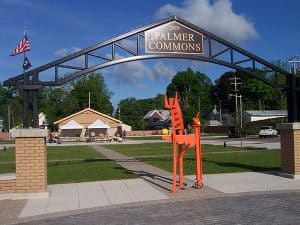 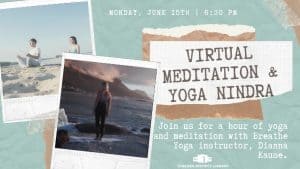 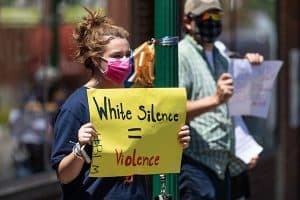