Tuesday night, the Chelsea boys track and field team tied Dexter 68.5-68.5, which is a rare happening.

It always seems that the Dexter/Chelsea rivalry comes down to the last event, and it did again this year.

Both teams had some outstanding performances. “I really thought we were going to lose by 10+ points, but the sprint relays came through in a huge way,” said coach Eric Swager.

“I have to give a ton of credit to Coach Slusser for bringing those guys along,” he said.

Will Barhite, Owen Smith, and Nick Spruce had great days, and the 400 win by Dominic Guthre was giant.

The distance runners went crazy, with 8 lifetime bests in the 2-mile alone.

Chelsea sits in sole possession of second place in the SEC heading into the league meet.

“I just love having a mathematical shot to win going into that weekend,” Swager said, adding, “As long as we keep improving, I like our trajectory.” 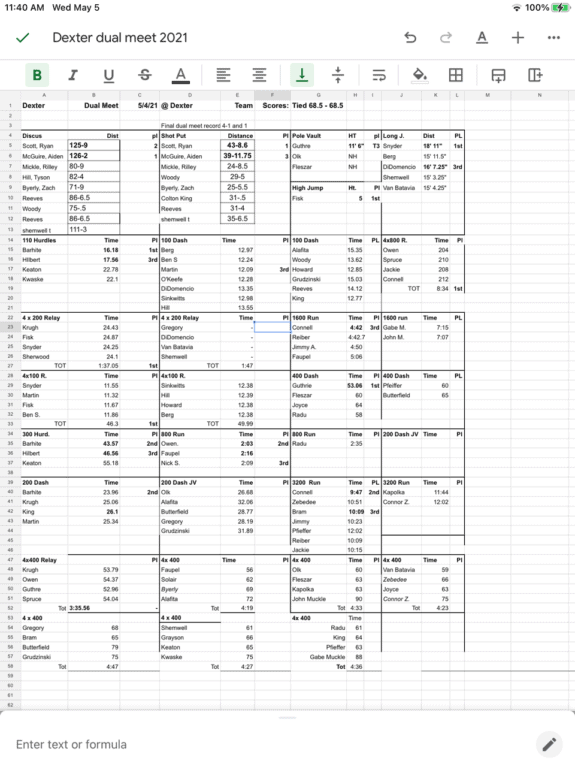 It’s Time to Dust Off Your Library Cards

June 16: Plenty of Fresh Produce, Flowers and More at the Wednesday Farmers Market