Council Member Charles Wiseley will replace Mayor Melissa Johnson on the Washtenaw Area Transportation Study Policy Committee as well as becoming the new liaison to the city’s Zoning Board of Appeals while current liaison Cheri Albertson will serve as the alternate.

Council Member Jennifer Kwas will serve as a member of the city’s Transportation Working Group, the alternate to the Chelsea Area Planning/Dexter Area Regional Team and the city’s Planning Commission while also serving on the Industrial Pre-Treatment program Appeals Board, which meets as needed.

City Manager John Hanifan reviewed four pages of 2020-2021 goals and objectives and updated the City Council on the many objectives that had already been completed to date. (For that document, go to the end of the story.)

They range from maintaining financial sustainability to ensuring good stewardship of municipal infrastructure to encouraging innovation and excellence in customer service.

City staff plans to update the social media policy that will apply to elected officials as well as members of all boards and commissions, which the City Council will discuss and vote on at a future meeting.

Also among the added goals for the city staff this year are looking into its trash collection system and protocols for open public meetings in 2021 for remote participation with the changes in the state law.

In addition, the City Council will discuss community-level education classes on bullying and racism as well as the possibility of forming several new committees.

In 2021, city staff will begin its annual internal meetings that kick off the FY budget planning and the annual visioning session is expected to take place in February.

In April, utility rate discussions will take place and in May, the City Council will discuss the city’s budget, hold a public hearing on the budget and utility rates, and in June, the budget will be adopted. 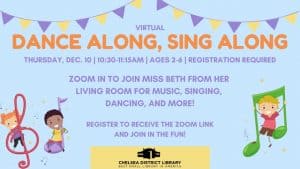