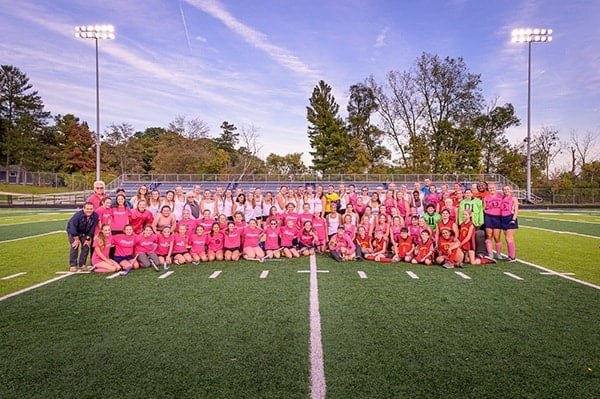 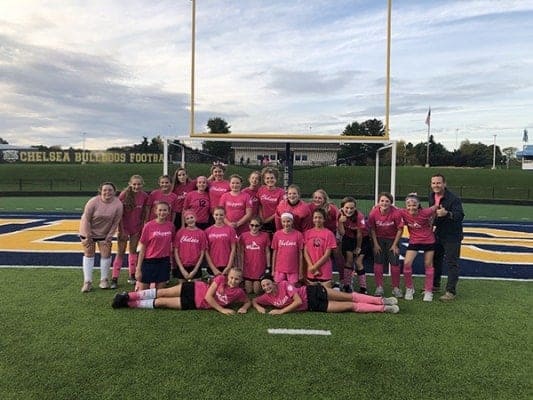 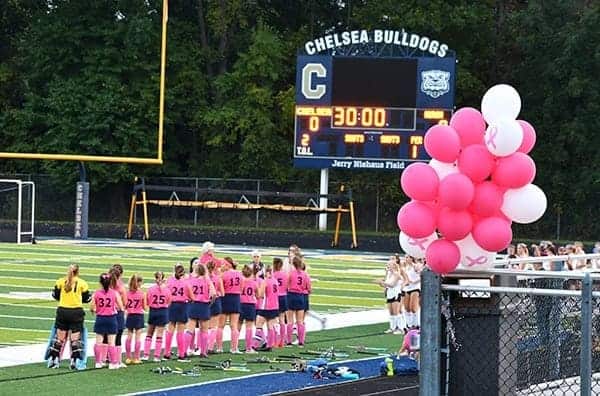 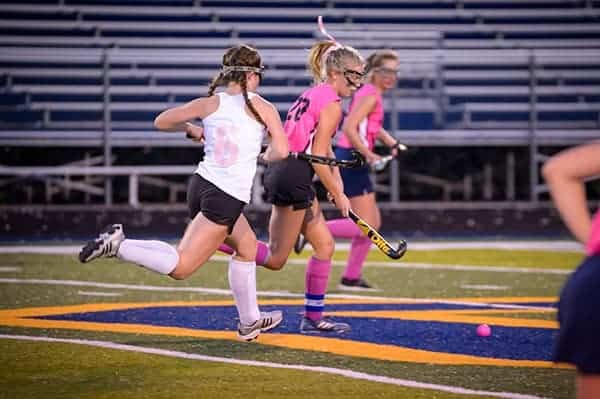 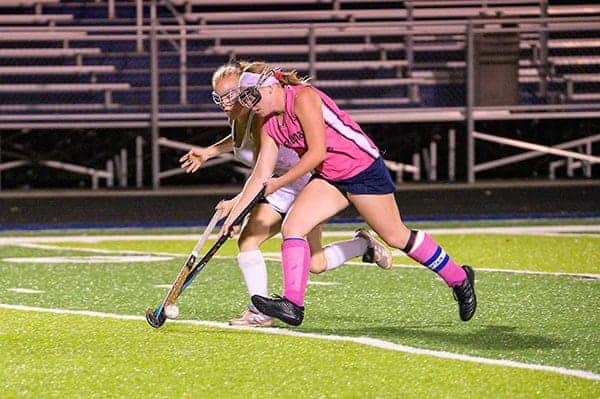 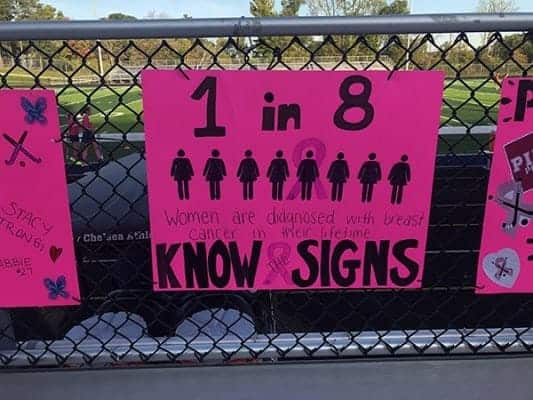 Since the 2015 season, Chelsea Field Hockey has utilized the National Foundation for Cancer Research’s Play4TheCure platform to raise money for cancer research. The Play4TheCure program is geared to sports teams with a mission that ensures all money raised by teams goes to research in the laboratories.

With this year’s campaign, Chelsea Field Hockey has raised $18,850.01 for cancer research via the Play4TheCure campaign. This was not achieved alone. The Chelsea community and neighboring field hockey communities have provided significant support to Chelsea Field Hockey’s annual efforts.

This year, the visiting teams, Honey Creek and Ann Arbor Huron, donated through a very successful bake sale ($900+) and collections ($1,500), respectively. Their fans helped fill the stands, which also contributed to the gate fee collections for the evening.

Chelsea Field Hockey was established 15 years ago by Roxy Block and current Coach Leslie Fry. After a seven-year battle with cancer, Block passed away in December 2017. The organization’s focus on cancer research fundraising was prompted by Block’s inspiring fight and the hope to find cures for all cancers.

Let’s get Gardening in June