(Chelsea Update would like to thank Chris Orlandi for the information in this story and Burrill Strong for the photos.)

The Bulldog offense had been struggling this season, averaging only 11 points per game through three contests. In this game, Chelsea scored touchdowns on all of its offensive possessions.

Drew Weinberg had his 2nd kickoff return touchdown of this season as well.  Ethan Collins, Montoye, and Povlich had interceptions for the defense, which only allowed 3 first downs for the game.

“We had a great week of practice and it showed,” the coach said. “I was really impressed with our starting offensive line of Alex Detterman, Carson Freeman, Brody Thomas, Kyle Jahr, Chase Maihofer, and tight end Gavin Busch. We were absolutely dominant up front.”

The coach said, “We will need this kind of execution next week on the road against a very strong Portland High School team.” 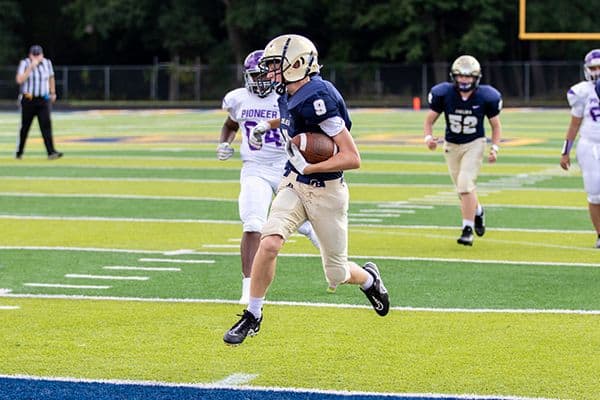 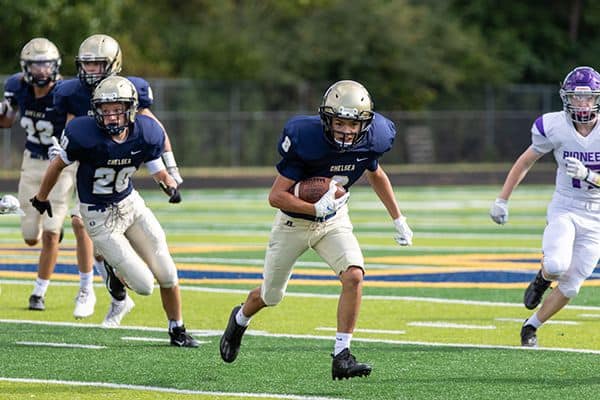 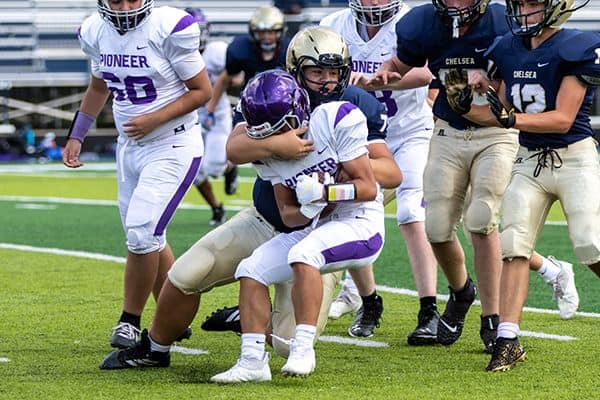 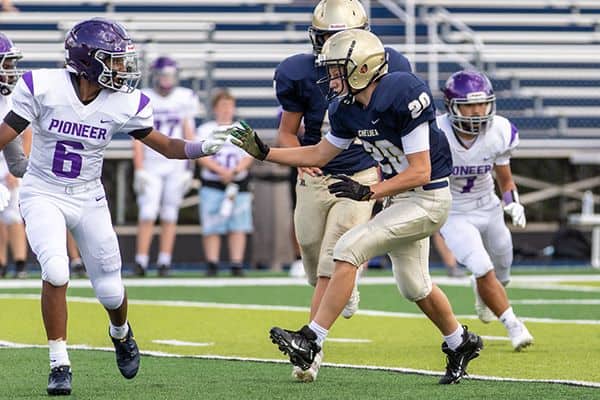 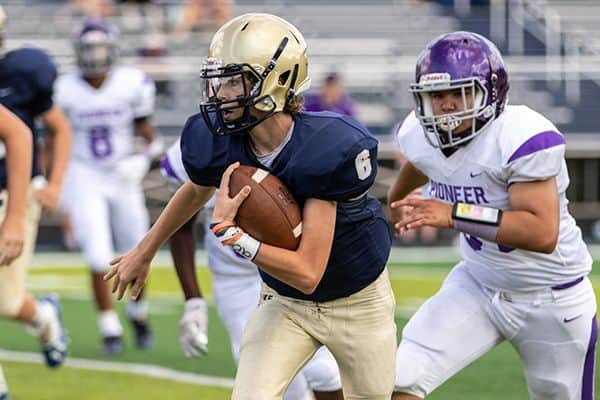 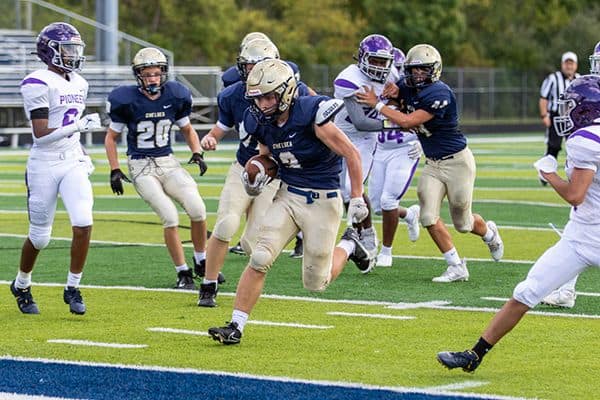 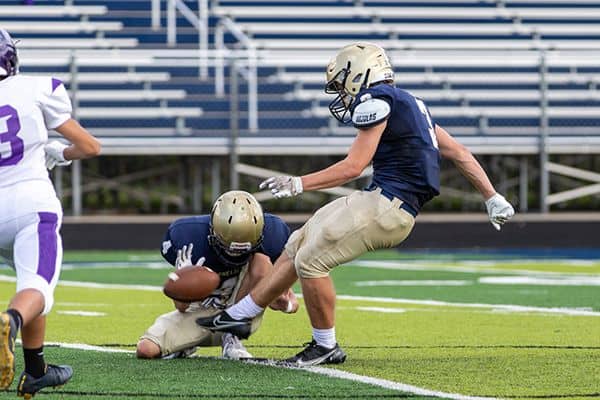 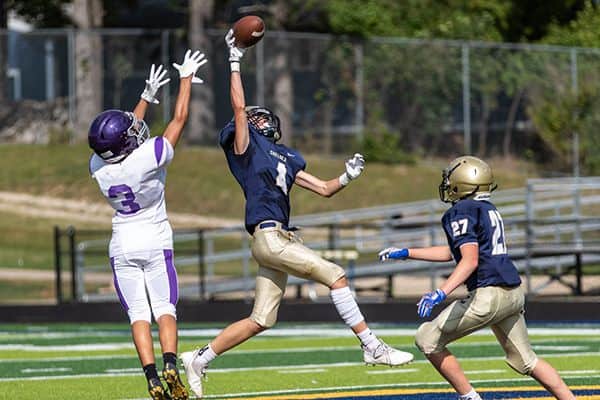 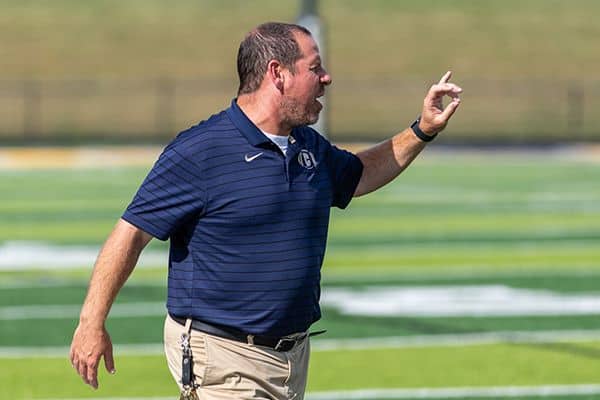 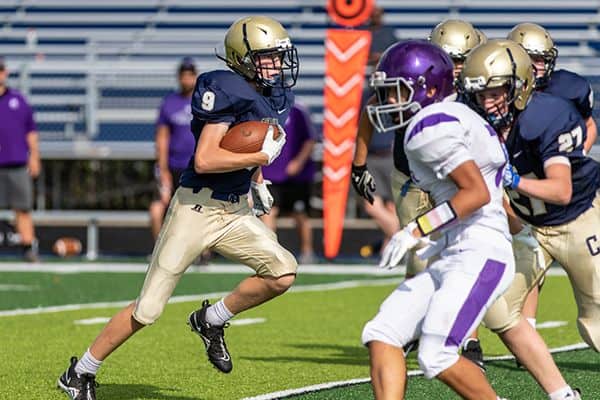 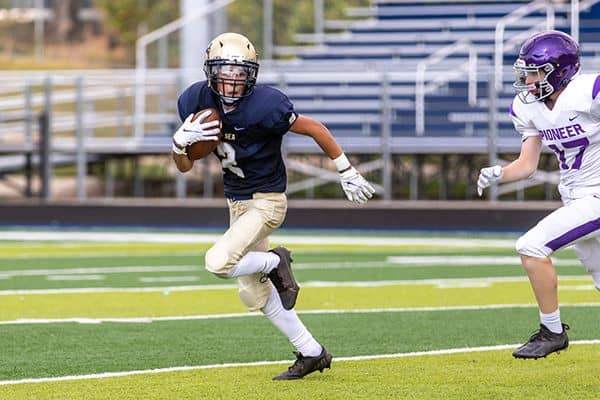 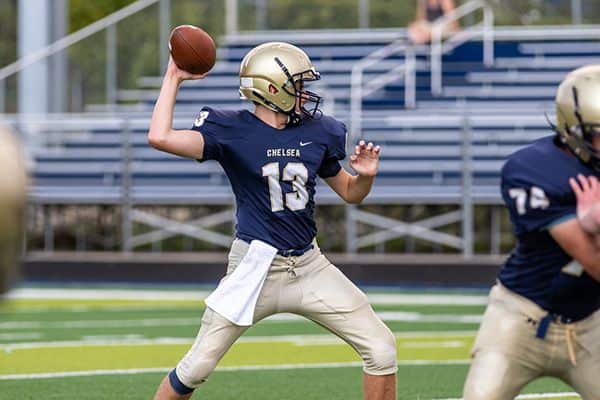 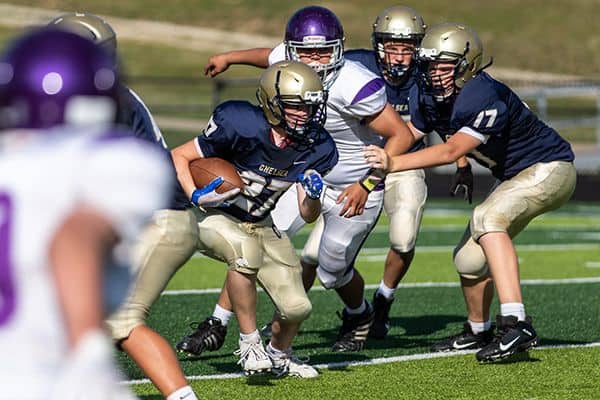 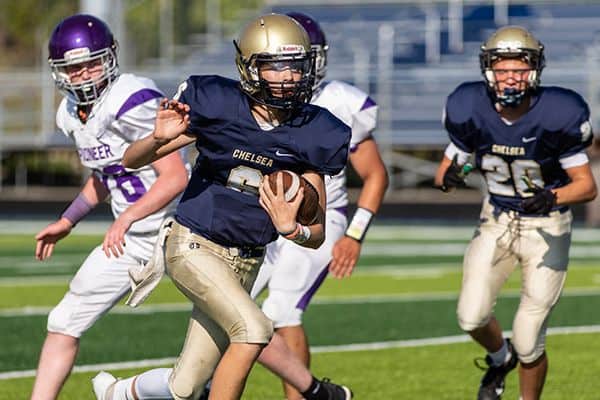 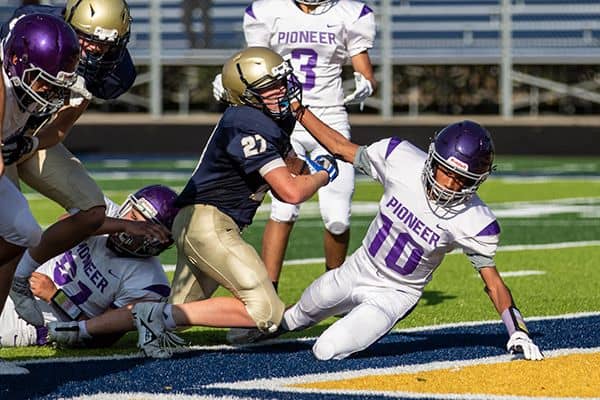 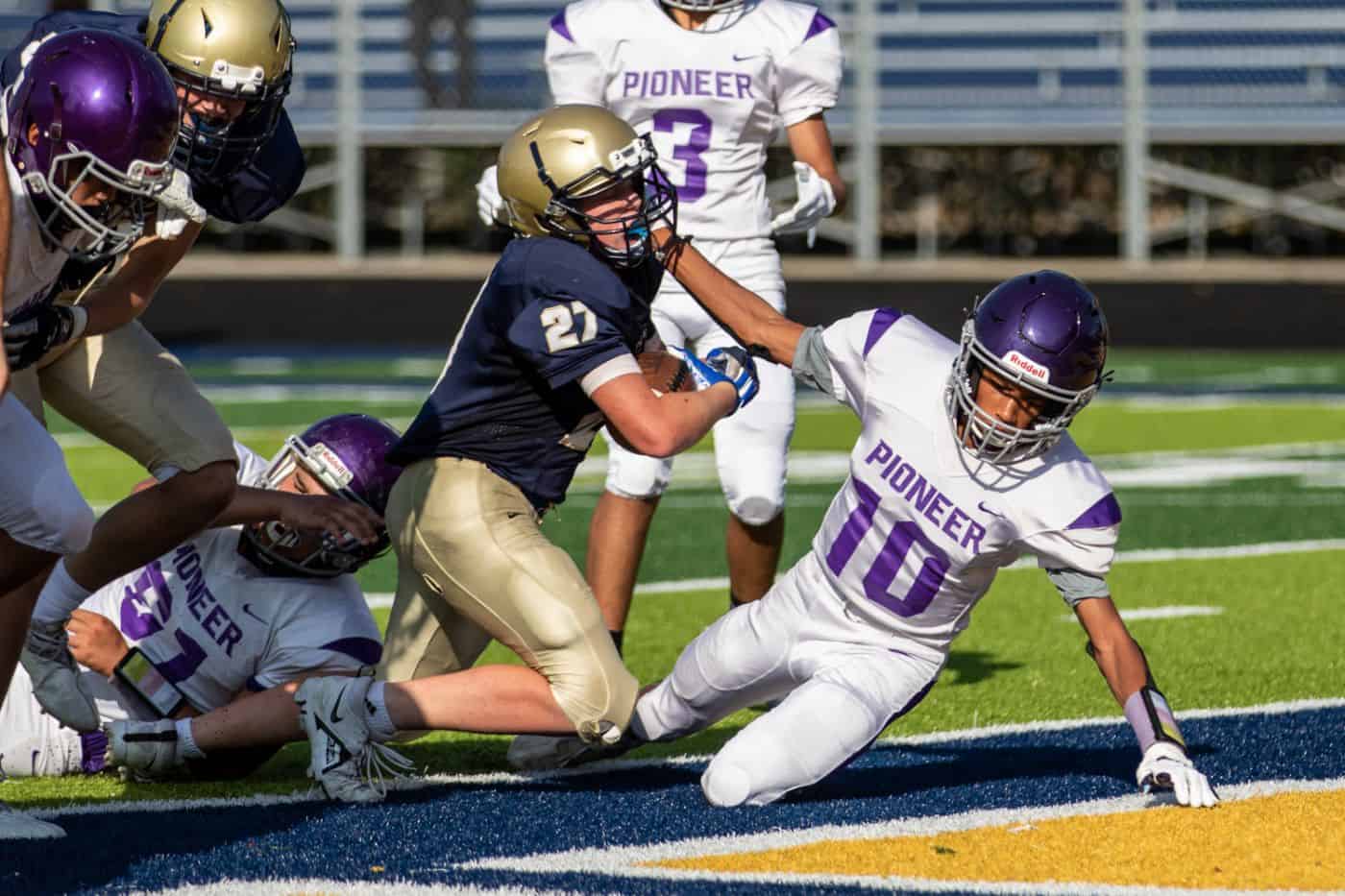 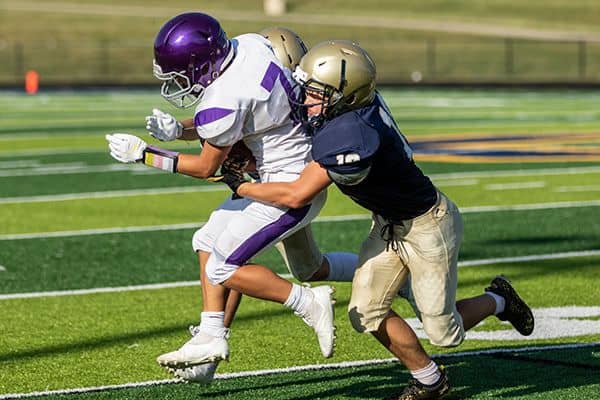 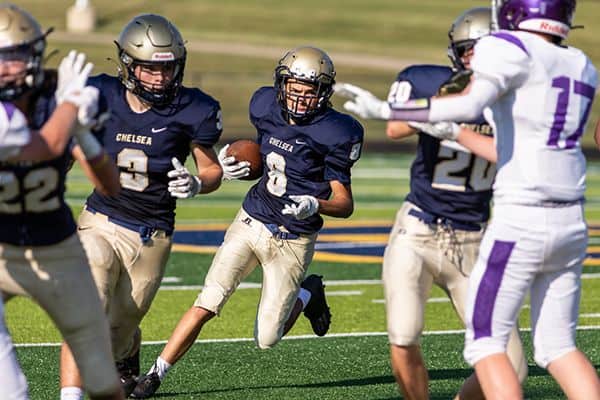