Thanks to an anonymous donation to the Chelsea Senior Center, visitors to the Washington Street Education Center are now greeted by a mural created by Chelsea High School students.

To celebrate the completion of the mural, which is titled “Fantastical Chelsea”, members of the senior center as well as the school district visited the mural on May 10.

“Since this mural consisted of a $5,000 donation to the Chelsea High School Art Department upon its completion, this is something to celebrate,” said Geo Rutherford, the CHS Art teacher spearheading the project.

Every Saturday morning beginning in January of this year, CHS students along with Rutherford worked on the mural.

“We had a lot of students help for service hours at the beginning of the mural,” said Rutherford. “Student council, the National Honor Society, and Senior Seminar students were allowed to come to paint the base coats to get us started.”

After the base coats were painted, student Olivia Maldonado painted the majority of the mural along with students Serena Adams and Olivia Haber as well as Rutherford.

“We were allowed to do anything we wanted with these walls, so we decided to do a Chelsea inspired mural,” said Rutherford. “Olivia and I worked on the draft of our Fantastical Chelsea idea. We wrote down all the things that made us think of Chelsea then we blew them up into a fantasy world.”

The mural has been positively received and observers like to pause and look for Chelsea clues. 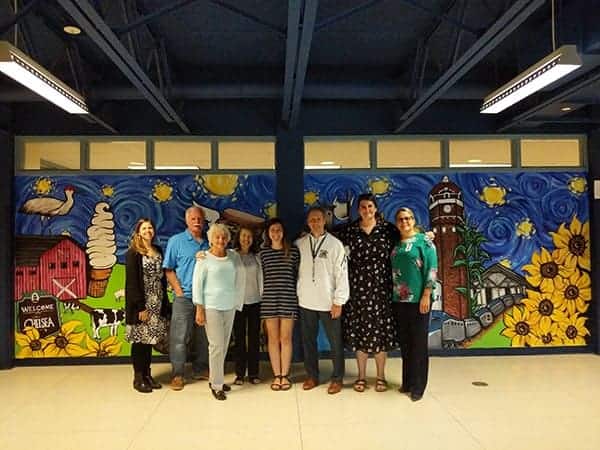 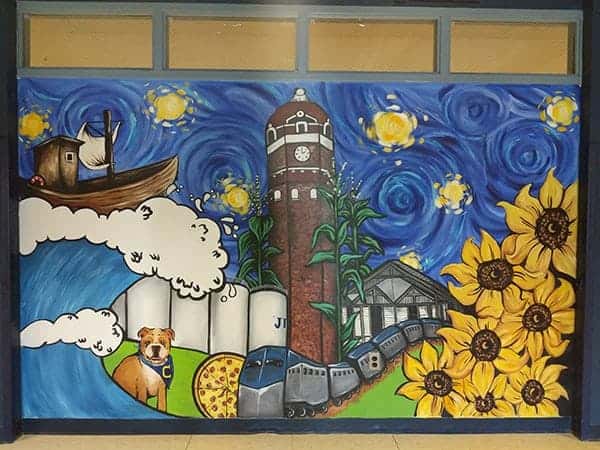 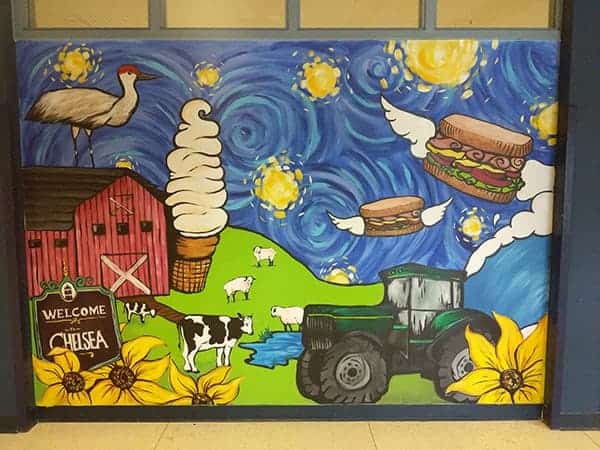 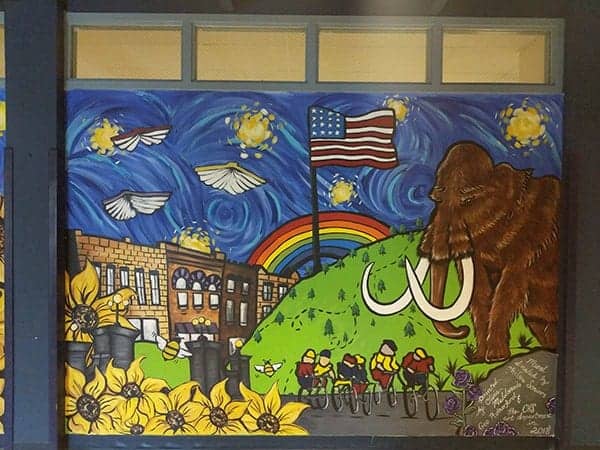 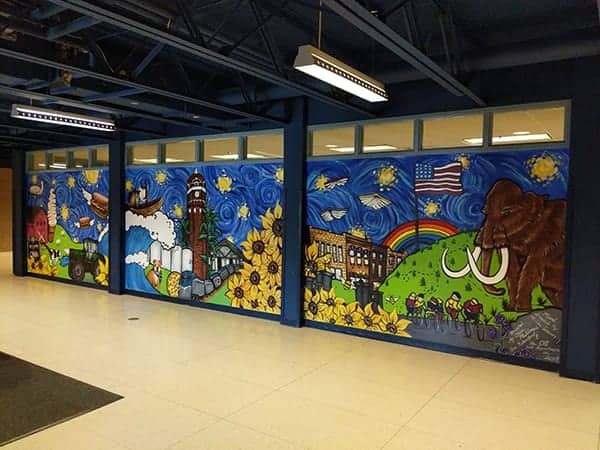