Rau will begin as president on Oct. 1. At that time, current President David Schaible will become president ex officio and retire at the end of the year.

“I am extremely pleased to announce Joanne as our next president of Chelsea State Bank,” said Chelsea State Bank Chief Executive Officer John Mann. “I have known Joanne professionally for 15 years. She has an extensive and impressive leadership career in banking and with children in the Chelsea School District, she is embedded in our community. I am also excited to change the course of our history as we have had all men and all Schaible’s and Mann’s appointed to this position since 1921.”

Rau will join Chelsea State Bank with 19 years of distinguished banking experience. She has spent the last 15 years moving into executive positions at Fifth Third Bank (Cincinnati, Ohio) and will leave her current post as senior vice president and business banking executive.

Rau began her banking career as a credit analyst with Bank One Corporation in the Ann Arbor market and soon moved into commercial lending. She then worked as a business development officer with Crestmark Bank in Troy before joining Fifth Third Bank in 2004 as assistant vice president in the Correspondent Banking Group, where she called on community banks, including Chelsea State Bank.

A proud native of the Mount Pleasant area, Rau received her Bachelor of Business Administration from Eastern Michigan University. Rau is currently an executive committee member of Ann Arbor SPARK, previous Power of the Purse Chair for United Way of Washtenaw, and previous board member and mentor of Winning Futures.

She resides in the Chelsea community with her family.

With a history of serving the local communities for over 120 years, this is the first time in 98 years of the bank’s rich history that someone other than a Schaible or a Mann will lead the bank as president. Currently, each family has a junior leader represented in the bank – Human Resource Director Emily Schaible and Credit Analyst Stuart Mann. The Schaible-Mann beat goes on.

“We are thrilled to have Joanne join our team,” said Mann. “Joanne’s expertise in banking including leadership, planning, and team building – coupled with her community involvement – will position Chelsea State Bank for continued long term success. Change creates positive energy, and we are tremendously excited for our future at the Bank and in our communities.”

Chelsea State Bank is a full-service financial institution with offices in Chelsea and Dexter. The bank was formed over 100 years ago by local business leaders to provide timely financial solutions to individuals, families and businesses in the community. This tradition of community service continues today.  For more information, please call 734-475-1355 or visit www.chelseastate.bank. Member FDIC. 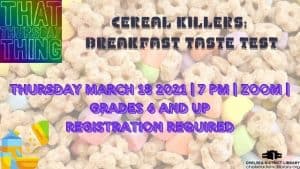 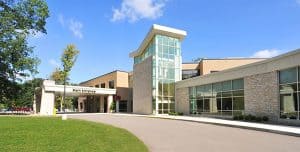