Chelsea Update would like to extend a huge thank you to Amy Whitesall for this game story.

The Chelsea football team got back to business as usual Friday, beating visiting Ypsilanti, 43-18, with an inspired defensive effort. The Bulldogs (1-3, 1-1 SEC) created opportunities, capitalized on Ypsilanti’s mistakes, took control early and never looked back.

“No one around here – coach or player – has ever been 0-3, ever,” said Chelsea coach Brad Bush, “I was really impressed with how our guys banded together – we had good leadership, good energy. We’re far, far away from where we need to be, but this is a good step forward.”

After last week’s loss at Bedford, the team stayed in the locker room for about an hour, talking about things like confidence and effort, said senior defensive lineman Michael Steinahauer.

“Kids come in, its Chelsea, we’ve done well for the past 14 years, (gone to the) playoffs, right?” Steinhauer said. “They kind of thought this year that it just happens, but the past seasons’ teams have put a lot of effort in. We talked about putting in effort and picking up the intensity.”

The Bulldogs jumped out to a 26-0 lead in a game that turned time-of-possession conventional wisdom on its head. Chelsea  had the ball for just five seconds of the first quarter, but seemed to score no matter which team started the drive.

A bad punt snap – one of several for the Phoenix – set Chelsea up with a first down at the Ypsilanti 15-yard line, and the Bulldogs scored on their first play of the game, a 15-yard pass from Logan Brown to Nate Bossory. Chelsea’s defense kept Ypsilanti (0-4, 0-2 SEC) pinned in its own end, and free safety Christian Vosters blocked a punt and recovered it in the end zone for another Chelsea touchdown.

“They’ve had some issues with (bad snaps) all year,” Bush said. “That’s why we decided to bring some pressure.”

Ypsi’s next drive ended when Chelsea defensive end Ricky Kolman hit Ypsilanti quarterback Michael Caldwell in mid-throw, at mid-field. Steinhauer intercepted Caldwell’s pass on the run and took it 58 yards for another touchdown.

And three plays into the next Ypsilanti drive, Alex Maloney picked off another Caldwell pass and returned it to the Ypsi 20-yard-line.Two plays later Berkley Edwards was charging into the end zone.

By the time Ypsilanti put together a scoring drive later in the first half, the Bulldogs had the game in hand. After opening the season with losses to Lumen Christi, East Lansing and Bedford, it was welcome change of pace.

“(In the first three games) we played three top-ranked teams,” Bush said. “And (against those teams) the problems we had were exposed. Regardless of the game today, the tempo of practice, the leadership, all that has gotten much better. And it’s all their doing – our guys have banded together and I think that’s got us going in the right direction.” 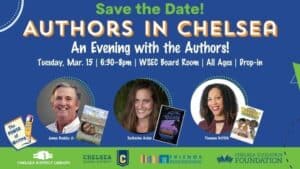 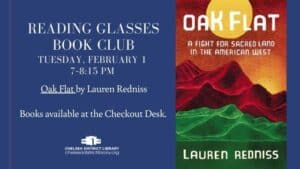