The CHS boys swim and dive team had a full week of competition, traveling to Milan on Jan. 21, Ann Arbor Skyline on Jan. 23, and the Tecumseh Kiwanis Invite on Jan. 25.

While the Bulldogs fell to Milan 59-121 and Skyline 46-132, they were able to defeat undermanned White Division foe Ypsilanti 113-33 at Skyline.  The Kiwanis Invite was not a team scored meet.

After the meet Thursday at Skyline, head coach Andrew Thomson said, “We are only able to compete 14-15 guys consistently right now, which puts an incredibly burden on those guys who are in the meets. Everyone has to swim their max load of events, and some of the strong guys are going to have to swim the tough events for us every meet, like the butterfly, the IM and the 500 freestyle.

“The guys are tired after this full week, but they also continued to perform and drop time despite being physically spent,” he said.

The 200 free relay team of Olk, Zander Hartsuff, Collins, and Krause took second (1:37.41), finishing less than three-tenths of a second behind Milan for the top spot. Fannin took second in the 100 breaststroke (1:13.41).

Against Skyline and Ypsilanti on Thursday, the Bulldogs came out ready to go.  The medley relay team of Zander Hartsuff, Fannin, Olk and Krause took the runner-up spot (1:53.20). In the diving event, Olk took the top spot (155.90) and earned his wins to qualify for the diving regional.  Collins finished in second (153.10).

The meet wrapped up with the 400 freestyle relay team of Rollen Zachrich, Dominik Green, Jaron Iannelli, and Collins posting a time of 3:46.79 to take the runner-up spot.

The busy week finished with the Kiwanis Invite hosted by Tecumseh.  This meet was not a scored team meet, so the focus is always personal improvement and time drops.

Several Bulldogs were able to do just that.

After a full week of competition last week, the Bulldogs will recover before traveling to Adrian High School on Jan. 30 and then Dexter for a re-scheduled freshman/sophomore Invite on Feb. 1. 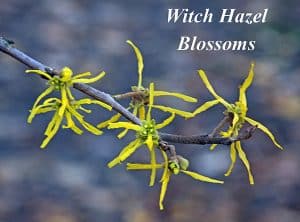