(Chelsea Update would like to thank Roy Townsend for the information and photos in this story.)

The contractor has completed approximately 90 percent of the path grading and placement of the stone base for the path and the combined driveways.

The contractor has also poured and backfilled the two bridge abutments.

The Chelsea Ridge HOA has agreed to have the contractor connect the path to their subdivision with a 5-foot wide sidewalk, which will be done later this month or in early June.

Later this month, the contractor plans to set the bridge and in early June the company plans to start paving the 10-foot wide path.

The slope restoration will then follow the paving, in late June or early July

Also, five concrete pyramid foundations that were dug up east of Fletcher Road were determined to be part of the railroad water tower foundation from decades ago, and we plan to place them in the same area we dug them up, so that trail users will be able to enjoy them. 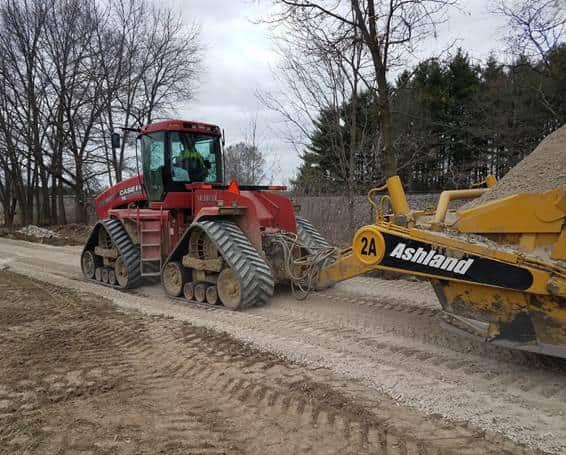