The Chelsea Alehouse hired a new chef in October and welcomes new and old customers alike to come in and enjoy her skills.

Her name is Emily Mckenzie and she started at the Alehouse in 2018 as a line cook.

“I really love the family atmosphere and creative freedom the restaurant has to offer,” said Mckenzie. “Most kitchens do not really offer any creative outlet, so that was a big draw for me. I have wanted to run a kitchen for years. This was my chance, and I couldn’t be happier with the owners and crew.”

She says that pub food is there to stay at the Chelsea Alehouse along with their popular vegan and vegetarian selections and a new Korean-style rice bowl.

Mckenzie says that she and her kitchen staff plan to develop relationships with some local farmers and to offer specials inspired by seasonal Michigan ingredients.

“We will be exploring some more plant-based dishes, as well as funky twists on old classics,” said Mckenzie. “We will still have our killer Reuben, smash burger, and cudighi sandwich, with a few other cool offerings for the more adventurous eater.”

What else can customers of the Alehouse expect?

“We currently have live music on Wednesdays and Sundays, and we’ll be adding music to Thursdays soon,” she said. “We will soon begin hosting game nights with Secret Crisis Comics, and our lead bartender Shayla has some really amazing cocktails we’ll be showcasing as part of a seasonal drink special.”

Before joining the staff at the Chelsea Alehouse, Mckenzie spent 16 years working as a prep cook at the Common Grill where she learned a lot.

She was born and raised in Chelsea and her first job was at the old Chelsea Market working as a produce girl, doing salad prep, and working at both the fish and meat counters.

Mckenzie then moved to Lansing and worked at a restaurant called Clara’s.

“That is when I decided this was going to be my career,” she said. “I loved the restaurant industry- the fast pace, the sweat, adrenaline. I knew that this is what I was meant to do, but I still had so much to learn.” 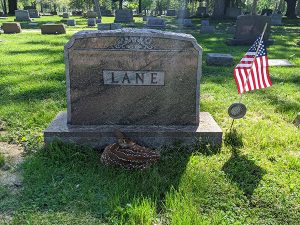