Chelsea Police issue a summary of crimes in the city, usually on Monday evenings.

On Jan. 15, a Chelsea police officer took a phone complaint from a resident in the 100 block of East Street of the theft of money from a bank account.

The victim told people he was reviewing his bank account and noticed several unauthorized transactions that had taken place between Dec. 23 and Dec. 28.

The case remains open pending the police receiving copies of the bank statements and attempts to make contact with a potential suspect, identified as a 45-year-old Chelsea man.

On Jan. 8 at about 1:20 p.m., police were called to the 1000 block of S. Main Street for a malicious destruction of property complaint.

Upon arrival, the officer met with the complainant who stated that he owns multiple clothing donation bins that are placed throughout area businesses.

The complainant stated that as he was visiting each location to retrieve the donated items, he observed that one of his donation bins had been damaged and the lock on it had been tampered with and damaged and an area of the box had been pried and damaged.

Larceny of a Catalytic Converter

On Jan. 5 at about 11:53 a.m., police received a phone complaint regarding the theft of a catalytic converter that had been stolen from a vehicle in the 200 block of Park Street.

The complainant stated that sometime between Jan. 2 and Jan. 3, an unknown suspect(s) cut the catalytic converter off her vehicle while it was parked in the parking lot.

The complainant stated that when she got into the vehicle on Sunday Jan. 3 and started the vehicle, it sounded a lot louder than normal. The complainant was unsure what the problem was and drove it to a nearby mechanic.

The mechanic called the complainant after looking at the vehicle and advised her that the catalytic converter had been cut off the vehicle.

At the time of the report, there was no suspect information available to report.

On Dec. 30 at about 11 p.m., police were called to the area of Sycamore and Chestnut drives by several callers who reported a loud argument taking place.

Police located the two people involved in the 40 block of Chestnut Drive and it was determined that a domestic assault had taken place.

Police arrested a 37-year-old Chelsea man and he was transported to the Washtenaw County Jail.

A charge of domestic assault was authorized by the Washtenaw County Prosecutor’s Office and the man was arraigned on the charge.

On Dec. 30 at 4:42 p.m. police were called to investigate a credit card charge report in the 1600 block of Commerce Park Drive.

The victim told police he’d received an email from Wal-Mart stating that his package had been delivered to an address in the 1600 block of Commerce Park Drive.

The victim was confused because he had not placed any recent orders to Wal-Mart and he does not live anywhere near the Chelsea area.

The victim told police that he verified the transaction was made with one of his credit cards without his knowledge, and that the package was sent to and confirmed by someone at that address and that it was sitting at the front desk awaiting his arrival.

Police went to the location and retrieved the package and advised staff members to notify the Chelsea Police Department if anyone attempted to claim the package.

At the time of the report, there was no suspect information available.

She had been seen standing outside and possibly in need of assistance, but when police arrived, she’d gone inside.

While investigating the scene, police found evidence and gathered witness statements that led them to believe a domestic assault may have taken place.

The case remains open and was submitted for review to the Washtenaw County Prosecutor’s Office for potential domestic assault charges.

Police met with the complainant who stated that sometime between Dec. 25 at 3 p.m. and Dec. 26 at 10 a.m., a statue on display in front of the business had been damaged.

The statue was described as concrete and about 2 feet tall. It was broken in half. At the time of the report, there is no further information on a potential suspect.

On Dec. 24 at about 12:20 p.m., police got a call from a resident that an Amazon package had been taken from outside a residence in the 100 block of South Street.

The complainant told police that on Dec. 24, a friend said a gift from Amazon had been delivered to the address on Dec. 23, but it could not be found.

At the time of the report there was no suspect information available.

Police found a late model large SUV had left the road, struck a parked car, then collided into a residence, crashing through a brick wall.

There were no injuries to the occupants of the house, but the driver was transported to the hospital for minor injuries.

When police spoke to the driver, the officer could smell alcohol and asked if the driver had had anything to drink. The driver, a 27-year-old Ypsilanti woman, told police she’d had a couple beers but was confused about what time it was. She said she thought that it was midnight, when it was only 8 p.m.

The driver was taken by ambulance for a medical evaluation. When assessing the accident scene, several empty wine cooler bottles were located in the vehicle as well as an open bottle of liquor and a small amount of marijuana.

The officer went to the hospital and asked the driver whether she would submit to a blood alcohol analysis and she complied. The driver was left at the medical facility for medical treatment for her injuries.

On Dec. 16 at about 11 a.m., police were called to the 900 block of South Main Street for a property damage complaint.

The complainant stated that he operates several donation drop off bins throughout southeastern Michigan and several of his donation bins had been damaged, possibly in an attempt to gain access or make them inoperable.

The complainant stated that he was not certain when the damage occurred or who may have done it, but wanted it documented since this has occurred at so many of the locations in case the incidents were related. 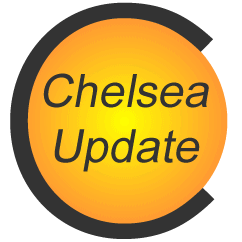 Publisher’s message: promises made (and kept) in January will carry through to the year ahead 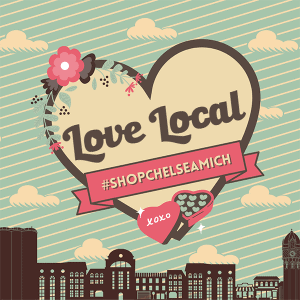 Letter to the Editor: Chelsea School Board meetings on Zoom 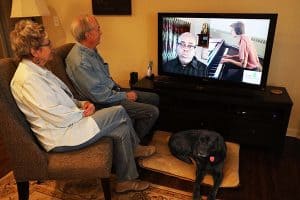 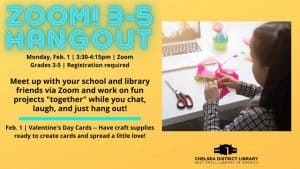 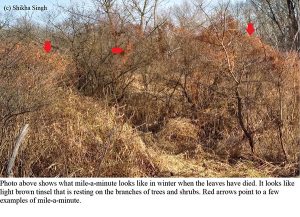 Keep an Eye Out for Invasive Vine Mile-A-Minute