Buzz (and I) wanted to let everyone know that we started 2022 in the Rally ring in much the same fashion that we ended 2021 – winning another big rosette.

We traveled to Flint last Saturday to show to one of the judges who was chosen as a Rally National Championship judge and he scored a 99 out of 100 in the Master class, 100 in the Excellent B class and then … I let him down in his third class and we only got a 90 because of my mistake.

To explain, about halfway through the course, I approached a sign and my mind went totally blank. As in, I could not for the life of me figure out how to do it. 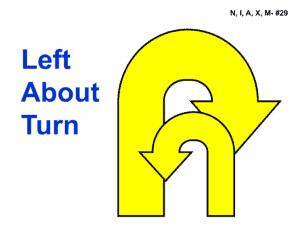 People watching thought I was suffering from a health issue because I put my hand on my head, trying to think. (That didn’t work, either.)  Might I mention here that I’ve done this sign on course many times before? And that it should have been a “no-brainer”?

If I could have figured out what I was supposed to do, I could have redone the sign, and only lost 3 points, but that was not to be. So I just did the sign that has been on the previous course, knowing it was wrong, but we moved on.

Then chuckled to myself about it while I finished the rest of the course.

Of course, I left the ring with the best dog in the world. Maybe even more so, because he didn’t try out think me (anticipate a command) and do something, anything, other than just sit there for what seemed like five minutes.

But, that low score cost us winning the big high triple combined dog for the highest scoring dog in the last two classes.

I promised him I’d be a better handler when we show again in March and Buzz, being, buzz, was fine with that.

In a another Buzz news update, COVID has now taken its toll on the American Kennel Club Rally National Championship plans.

Originally scheduled for June 24, the national event has now been pushed to July 7 and the venue they’d hoped to use has been changed as well.

Buzz and I will be heading back to a location we’ve gone to before – in Willmington, Ohio. I got our hotel reservations on Tuesday. So, we’ll be gone for four days, beginning July 6.

And in the meantime, we will hibernate until spring and happily train and train and train some more. And I will spend a lot more time memorizing and studying all of the possible combinations of 115 different signs the judges might put out on a course.

Check out Blue Rose Studio at the Wednesday Farmers Market

A Reminder about May Events at the Chelsea Wellness Center

May 30: Memorial Day Events in Chelsea