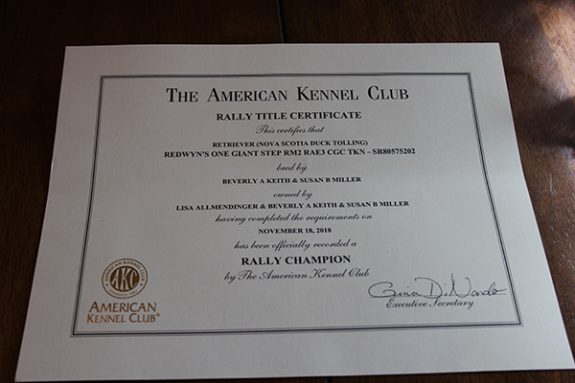 You might say that Buzz took One Giant Step into the record books on Feb. 14 when the American Kennel Club confirmed that he was the first of his breed to become a Rally Champion.

And, once you read his official AKC name, you’ll understand why the analogy is so apropos.

Although we all know (and love him) as Buzz, in the annuals of the Nova Scotia Duck Tolling Retriever Club he’ll forever be known as RACH Redwyn’s One Giant Step RM3 RAE3 CGC TKN.

(That alphabet behind his name are additional rally and other performance titles he’s achieved such as Canine Good Citizen and Trick Dog.)

But the most important letters are the ones in front of his name because AKC only allows a small number of titles to go there, the rest go after a dog’s name.

As a reminder, Buzz was the first Toller to be a Rally Master and the second dog in the entire country to earn that title, but more importantly, he is also the first in breed history earn a Rally Championship.

Although Buzz and I officially met the new requirements for the championship title back in November, 2018, the changes in the point schedule didn’t take effect until Feb. 1, 2019. And then it took AKC a few weeks to recalculate everything and make it “officially official.”

And as an added bonus, his accomplishments will be highlighted in two national magazines where he is slated to be the cover dog.

So while many of you were bemoaning the cold and icy and snowy winter we’ve been experiencing, Buzz and I have been celebrating.

I’ll forever remember February 2019 as the month we made history. 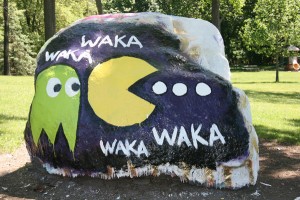 Couldn’t resist taking a photo of this rock 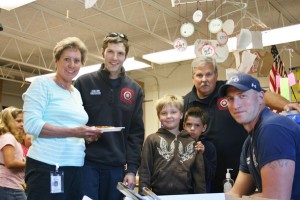 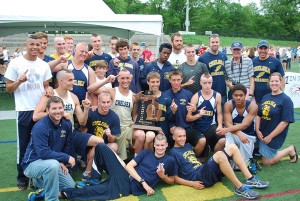 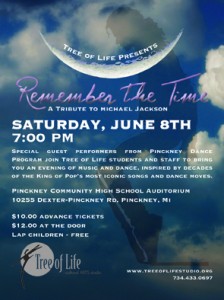 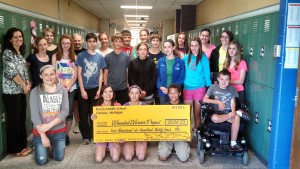 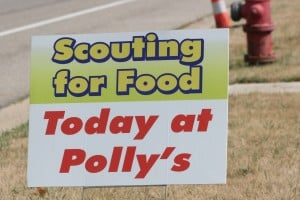