All good things must come to an end – in this case, Buzz’s 2021 dog show season.

And what a fun (and successful) summer and fall it was.

To finish it out, we traveled to one of our favorite venues in Toledo, Ohio last Saturday.

And then it was on to show two.

You know how sometimes things seem like a great idea at the time, but then you arrive, you realize uh, maybe this was a bit much?

Those were my thoughts after the first show in the morning. I was done. Buzz was done. But I’d entered another show and there were three more courses to remember after lunch.

I’d made this choice and it was time to do this. To complete my goals for the season – be in the moment, to try new things, to perfect skills and to find ways to shave precious seconds off our course times.

By way of an explanation, if there are ties in scores – and this happens a lot – the winners are decided on time.

In the past, my focus on perfection meant we weren’t as fast as other competitors on course. And, more times than not, we lost because we were slower on course.

So, finding ways to add speed wherever possible, while still performing the signs perfectly, were two of my big goals this season. And each time I went into the ring, I found more and more ways to shave off some precious seconds.

While each course is different, they typically contain 15-18 different signs. We show in 40- by 50-foot rings, and a fast dog can usually finish the course in less than 1 minute and 50 seconds. But all of that was really put to the test in the second show.

Since the start of Buzz’s rally career, I’d entered him at 16 inches, even though he could jump just 12 inches. At the advice of a friend, I dropped Buzz down to 12-inch jumps to save some time. He’d fly over the 16-inch jumps and I’d have to call him back to heel position before we could move forward together to the next sign. With that lower jump height, I discovered that many times, we were now scheduled as the first ones in the ring to show.

Exhibitors are given 5 minutes to walk each course before we start, and I was always one of the last ones to leave. That needed to change, so I’d still have plenty of time to warm Buzz up before we showed.

Going first also puts you at a bit of a disadvantage, as you can’t watch anyone else show to see what problems they might encounter on course, and perhaps adjust your plan accordingly.

As a veteran competitor, I mentally embraced this challenge, however. I was more determined than ever to show everyone else how it should be done. Instead of saving the best for last, as they say, I mentally decided to flip that script, and show the judge and the other competitors that the best went first.

We faltered a wee bit in the first class in the afternoon show and scored a 97. I could place the blame on Buzz for the little bobbles, but truth be told, I wasn’t 100 percent there for him and he takes his cues from me. Did I mention I was mentally and physically tired? But, we still had two more classes to go to redeem ourselves, and as has happened in the past when faced with the same scenario, we came back in a big way.

My wonderful little red dog rallied with me in the last two classes, scored 99 in both and was fast … 5 seconds faster than the dog that tied with us on scores for the high combined honors.

He finished the second show with his second high combined score and a third big rosette for the day.

Along the way this show season, I learned a lot about myself and my wonderful little dog. And if it was possible to love him even more, I do. Not because of the many ribbons he won, but because of the special bond we have created.

While the rest of the world seems be divided against itself, at the dog shows, everyone was just happy to be together. They were thankful to have the means and the opportunity to compete against each other after COVID curtailed the sport for almost two years.

Win or lose, they gladly helped each other and enjoyed spending time with like-minded people who share a collective love of dogs.

May 23: What’s on the Chelsea Board of Education Agenda 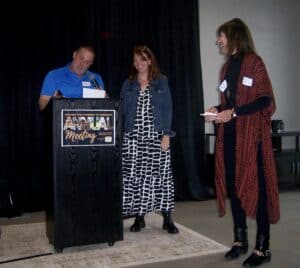 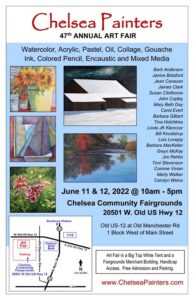