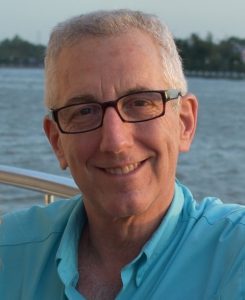 A shining star, a smiling face, a friend to all, and a connoisseur of everything that defines happy life, Philip “Flip” Colmer, age 64, unexpectedly left this earth for his final flight west on 20 August, 2019.

Flip, born 3 May, 1955, grew up to find joy in the pursuit of high adventure. He enjoyed travel, skydiving, and flying the most. An aviator by profession, he was commissioned an Officer in the U.S. Navy in 1978 and earned his Gold Navy Pilot Wings a few years later. He served in the Active ranks and Reserves as a carrier pilot, flying the A-7E Corsair and FA-18C Hornet jets before retiring from the Reserves in 1998 with the rank of Lieutenant Commander. In 1989, after leaving active duty, he joined Northwest Airlines, which became part of Delta in 2008. Over his 30-year airline career, he rose to the rank of Captain on the Boeing 767.

On 26 August, 1994, he married Rebecca Sharp, his best friend, fellow skydiver, and beloved travel companion for the remainder of his life.

When not exploring the larger world with his wife, he enjoyed brewing his own beer and even dabbled with competitive aerobatic flying. Outside of flying, he was involved in many charitable projects, his favorite as a key team member of Project Recover expeditions to the Pacific to find and repatriate the remains of missing American servicemen from World War II.

Philip “Flip” Colmer is preceded in death by his parents, Malcolm and Marjorie (Fleiss) Colmer. He is survived by his wife, Rebecca Sharp, his two sisters, Barbara Colmer (Kooper, NY) and Amy Ream (Portland, OR), his sister-in-law, Samara Anjelae (Berea, KY), and his two brothers-in-law, Michael and Lew Sharp (Lexington and Paris, KY).