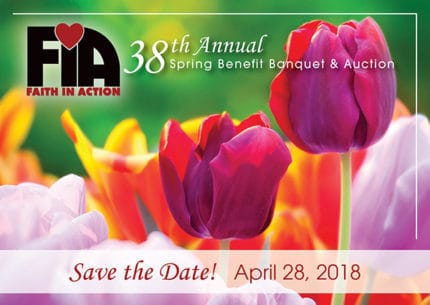 (Publisher’s note: My apologies to Doris Galvin for the typo in her name. The mistake has been corrected.)

A humanitarian is someone who promotes the general welfare of humanity, who sees the value in each and every person, and who seeks by their actions to improve the lives of all they know.

Bob Pierce is just such a person, who impacted everyone he met in his varied and storied life.

Faith in Action is proud to give Pierce the Howard S. Holmes Humanitarian of the Year Award, in recognition of an individual who demonstrates the spirit of the organization and its mission to alleviate the effects of hunger and poverty for those in the Chelsea and Dexter area.

He will be honored at the Annual Benefit Banquet, which will be held Saturday, April 28, at St. Joseph Mercy Chelsea, at 6 p.m.

With beginnings near Buffalo, New York, his first career was in engineering and he began his married life with high school friend Nadine Anderson. They and their son, Mike, lived and worked in several places before settling in the Chelsea area and embarking on another chapter of their life by purchasing Pierce’s Pastries.

His community spirit came out in full color there. Friends and deals were made, but even more, the couple provided accommodation and opportunity for differently abled individuals, both customers and employees.

Pierce “adopted” an elderly man, estranged from his family, and even arranged his funeral after his death. Another person with a closed head injury, considered unemployable, was given opportunity for necessary breaks so he could manage his behavior and maintain employment.

When he was encouraged to bring this energy to the Chelsea Area Chamber of Commerce, it was a transformative time for the business community in Chelsea. He encouraged the chamber to include nonprofits, churches and organizations large and small that impacted life in town.

“What other organization can serve this central function of putting us all at the same table?” he would say over and over. “It can never be about just business, because no business will thrive that doesn’t make friends with the people of the community and look out for their welfare.”

Pierce challenged the chamber to consider all their actions through the filter of how the marginalized and vulnerable would be impacted. Sights and Sounds, the Chelsea Farmers Market, Chelsea Summer Festival and Hometown Holidays all reflect his commitment to inclusivity, with free events that participants of all backgrounds and incomes can participate in.

Pierce’s most personal and passionate involvement has been with the group he and Anderson founded in 1996, the “Saturday Morning Challengers” at Bel Mark Lanes, which began with 16 special needs bowlers and today, over 20 years later, has a roster of 125 from communities across the county.

Recognizing the accessibility of the sport to participants across a skill spectrum, their dedication to this activity is an example to all of us that it is in our treatment of those who cannot be their own advocates that we prove our own humanity. 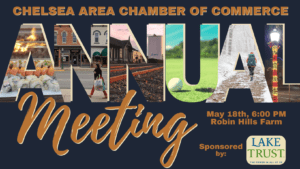 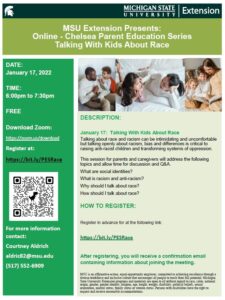