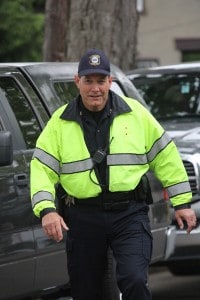 Chelsea Police Chief Ed Toth wants people to know that it’s a misdemeanor to cross the railroad tracks anywhere other than designated crossings, such as the one at Main Street and McKinley downtown.

He said AMTRACK officials have spoken to him about the large number of people who have been illegally crossing the tracks in other spots by crossing the rails, and that there will be zero tolerance for those walking across the actual rails.

The passenger trains travel through Chelsea at 73-75 miles per hour, Toth said, and next year, the tracks will become part of the high speed rail system. At that time, trains will then travel  through town at about 100 m.p.h.

Toth said that once the arms go down, there is only a 23-second delay before a train comes through the crossing.

Illegal crossings are a misdemeanor charge of trespassing and it goes on your record, he said, which can have ramifications for employment or other future activities.

But the biggest reason for reminding people about illegally crossing the tracks is because it’s a serious safety issue.

Although the largest number of violations have been spotted downtown, the same holds true when illegally crossing any railroad tracks anywhere other than at a designated crossing.

He said that the tracks are private property and enforcement of these regulations is for everyone’s safety. 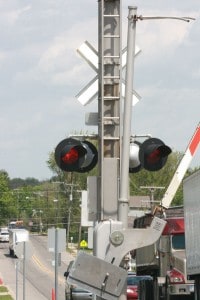 “The railroad police have brought to the attention of the Chelsea Police that there is a major problem with people on the railroad tracks in Chelsea and they have requested enforcement with zero tolerance,” according to information from the Chelsea Area Chamber of Commerce.

Toth said that a shoe or pants can easily get caught in rail and it can take a train 1-2 miles to stop.

“According to Michigan Statute MCL 462.273, a violation of this law will result in a misdemeanor charge of trespassing, fines at a minimum of $100 and other costs,” he said.

Toth also suggested that people take a look at this Website for additional information.

“Stay off the tracks for your own safety,” Toth said, adding that both Chelsea Police and the railroad’s police will be closely monitoring the area for compliance.