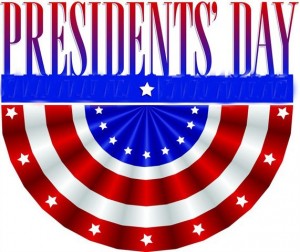 Here are a few books that I’ve read recently about our presidents and enjoyed immensely.

In fact, one of them was made into a movie, which aired Sunday night on NatGeo.

But if you missed “Killing Lincoln,” a movie based on a fabulous book of the same name by Bill O’Reilly and Martin Dugard, I highly recommend you grab this terrifically written book, settle in, and learn some surprising facts about our 16th president.

And no, it’s not one of those dense, dry historical novels. In fact, it reads more like a thriller and has been on the best seller list for quite a while for good reason.

In addition, O’Reilly and Dugard combined forces for another terrific book in “Killing Kennedy: The End of Camelot,” which also quite a number of weeks on the best seller lists. 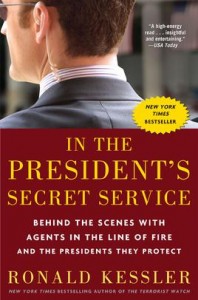 Sure, there have been a ton of books written about both of these presidents, but I love the approach that O’Reilly and Dugard have, (excuse the irony because both detail the deaths of these men) bringing to life two killings that shook this nation.

And, if you’d like to get a glimpse of a number of more recent presidents and what kind of people they were in private, grab “In the President’s Secret Service” by Ronald Kessler, who has written a number of books about the FBI and CIA.

The book gives readers a bird’s eye view of the men we’ve elected to run this country and their first ladies since Lincoln’s days. Ironically, Lincoln last official act was signing the legislation that created the Secret Service.

So, here are a few things to ponder today as we celebrate President’s Day.

*The Secret Service gets about 10 threats per day against its “protectees,” usually the president. And, no threat is ignored.

*The Secret Service headquarters is an anonymous 9-story building tan brick building and there are no trash cans in front of it. There’s a wall inside that honors the 35 agents who have been killed in the line of duty

*Each president, first lady and any children are given code names. President Obama’s is Renegade and First Lady Michelle Obama’s is Renaissance. 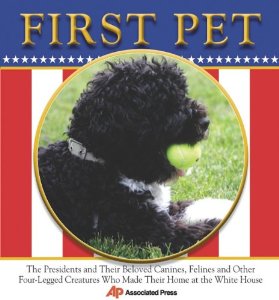 *The Secret Service considered Richard Nixon as the strangest modern president and Jimmy Carter as the least likeable.

*A typical presidential domestic trip entails 200-300 people while an overseas trip can involve up to 600 people.

And, here’s one more for your reading pleasure – “First Pet The Presidents and Their Beloved Canines, Felines and Other Four-Legged Creatures Who Make their Home at the White House,” by the Associated Press.

Page after page of amazing photos – more than 150 images – tell a story in photos of the more than 400 “First Pets” that have lived in the White House with our 44 presidents and their families.

Bet you didn’t know that a few hamsters, guinea pigs and even some snakes have been live-in pets in the White House.