County Commissioner Jason Maciejewski stopped by the Dec. 9 Lima Township Board meeting to share news about a broadband task force survey that many Lima Township residents will receive by mail in mid-January.

The survey includes concerns about internet connection speed, and Maciejewski said the purpose is to help with applications for grants from the federal government.

The board heard from Greg McKenzie regarding the new township hall. McKenzie gave members of the township board information on a bid proposal for an architect and suggested that the township create a building committee and assign someone to be a primary point of contact.

Lima Township Supervisor Craig Maier said he anticipates having multiple public meetings to get input on the new town hall.

The board also heard from Tom Osborne, chairman of the Chelsea Area Fire Authority, who said his main goal is to work on improving communication. He talked to the board about the one dollar a year that CAFA pays to lease station two, located at 12172 Jackson Road, on property that belongs to Lima Township.

Osborne said that CAFA decided not to get into the real estate business, and that it was up to the township to build the station and that CAFA would outfit it and do basic maintenance.

A few board members were unaware of the one dollar a year lease, and hope to meet with Osborne about mitigating costs.

The board unanimously approved a variance for the King family, who purchased a parcel of land located on the north side of West Hershey Lane off South Dancer Road. Maier reminded the board that Lima Township’s ordinance states that in areas where there are private roads, should there be new construction or major reconstruction or modification, the road has to be brought up to current standards. He didn’t feel it was fair to the Kings to put in an entire roadway, and the agreement is to put in a 24-foot wide roadway.

The board voted to postpone a decision on a rezoning request for 8925 Jackson Road. The request is for the property to be rezoned from Mobile Home Park zoning to R1A, single family home zoning. Lima Township Zoning administrator Tom Caplis asked for the postponement until he can do an inspection of the property.

The board also worked on board, committee, and commission appointments for 2020, many of which already exist.

In addition, the board approved for Bruce Connell to serve as Lima Township building official for CACA as well as soil erosion official. 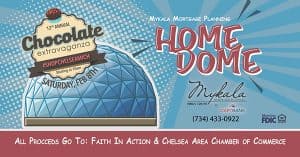 Mykala Mortgage Planning has the cure for cabin fever

Chelsea ranked No. 10 in safest places to live in Michigan 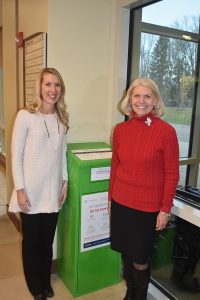 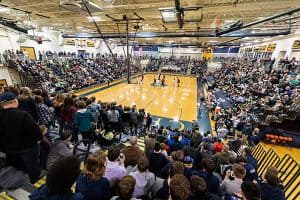 Jan. 27: what’s on the Chelsea Board of Education agenda