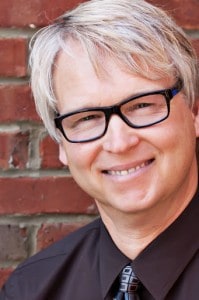 Chelsea District Schools’ music teacher Steve Hinz is expected to travel to Grand Rapids this week, as he prepares to conduct the State Honors Choir at the 2013 Michigan Music Conference (MMC).

The MMC, held annually in Grand Rapids, draws nearly 12,000 attendees and participants from Michigan choral, band, and orchestral associations. The purpose of the conference is to provide in-service opportunities for the professional development of Michigan music educators, through a wide array of educational workshops and top-level performances, according to a press release.

Hinz will conduct more than 100 of the finest singers in the state, as he directs the SATB State Honors Choir in the closing performance of the concert on Saturday, Jan. 19, at 3 p.m. at DeVos Performance Hall.

State Honors Choir singers have all been chosen through a rigorous series of auditions, beginning in October of 2012, and those who pass the final round of auditions are placed in one of three choirs at the state level.

The final performance will be the culmination of the hard work and talents of these high school students and their director.

“I’m honored to have this opportunity, and I look forward to engaging these students in the artistic process as we develop our music together,” Hinz said in a press release.

“From what I’ve observed in the past, these students will come well prepared for the weekend,” he said, adding, “My challenge will be to bring their diversity of backgrounds and experience into a performance where they’re invested and connected to the poetry and music.”

The position of Honors Choir Director at the MMC is one of the highest recognitions a choral director can achieve, according to the press release.

This position is an accomplishment that is earned through a stringent nomination and election process, with the entire membership body of the Michigan State Vocal Music Association narrowing the field of nominees and ultimately electing the Honors Choir Director.

“I’m humbled to have been elected by the state body of my colleagues and peers,” he said in a press release, adding, “I have tremendous respect for the high quality of vocal music education that is happening in our state and I’m proud to be a part of that history.”

Hinz said in the release that “This opportunity is definitely one of the highlights of my career so far.”

He recently served as President of the Michigan State Vocal Music Association, finishing up his six-year tenure in the president track, including the last two years as past-president.

He also served as Executive Chair of the 2010-2011 Michigan Music Conference.

Last year, the Chelsea High School Chamber Choir earned the honor of performing at the prestigious MMC Choral Hour. Their performance received high critical praise and was heralded as artistic and memorable, according to the press release.

Choirs and soloists under Hinz’ direction consistently earn top honors at State Choral Festivals and Solo and Ensemble festivals, and his diversity of programming and commitment to musical artistry have been recognized statewide.

Three Chelsea High School choral students will also be participating in the State Honors Choir performances.  Reeve Segrest, Marieke deMeijer, and Jonathan Obenchain, all members of the CHS choirs, will travel to Grand Rapids for the weekend of performances and workshop.

The conference runs from Thursday, Jan. 17, through Saturday, Jan. 19.

The State Honors Choir Concert, including the SATB Choir performance, directed by Steve Hinz is open to the public.

Tickets are available at the door at $5 per person.