The Chelsea School District Board of Education participated in its second activity on racial equity and social justice, led by Dr. Sarena Shivers, executive deputy director of Michigan Association of School Administrators, and Naomi Norman, interim superintendent for the Washtenaw Intermediate School District, at a work session on Nov. 23.

(Coverage of the first activity can be found here: https://chelseaupdate.com/chelsea-board-of-education-participates-in-activity-on-racial-equity-approves-new-hires/.)

Group members briefly shared how they celebrate the holidays in order to highlight different cultural norms. “In the process of bringing people together, I never want to lose the individuality that makes us special,” said Shivers.

Shivers reviewed the question from the last meeting, “What do we need in Chelsea to help our school community connect, and act on, inequities in all forms and spaces?” The themes that emerged during that session included psychological safety and trust, listening and feeling heard, intentional ongoing education, and practical equitable resources/logistics.

The top three thoughts from that session were that Chelsea would be known as a safe space for families and children to learn and grow, education for all about the topic, and for students to feel safe with the process.

The facilitators asked the board to spend 20 minutes examining the ideas of trust and feeling heard in private breakout groups. Following their discussion time, board members said they realized there are still many unanswered questions regarding safety and trust.

The board learned about the relationship between the four levels of internal feelings, interpersonal behaviors, institutional policies, and cultural norms, which are all impacted by privilege.

Shivers said the work the board is doing is “not just hard work, but heart work.” Each individual brings different thoughts, beliefs, ideals, and premises to their current experience; and growth and change require willing participation.

Superintendent Julie Helber thanked the board for its courage. Several more sessions are planned for the remainder of the 2020-21 school year.

Six members of the greater Chelsea School District community addressed the school board during the opportunity for public input.

Revisiting a debate from early fall regarding board trustee Tammy Lehman’s social media content, two individuals spoke about the importance of school board members modeling the same behavior that is expected of the district’s youth.

Debbie Osborne, who was an educator for 30 years, said she was held to a high standard as a role model, and believes it is important to be publicly appropriate at all times.

Three community members spoke in Lehman’s defense. One parent said Lehman has been a staunch advocate for students who have been bullied. Calling for a halt to the division between liberals and conservatives, Lauren Hughes said Lehman was “re-elected by a landslide” and is a “valued and well-respected member of the community. … Let this board and its elected members focus their time and efforts on pressing issues that are being dealt with in our schools and community right now.”

One parent questioned what he cited as the district’s lack of immediate communication in regards to two former employees—one who was sentenced for possession of child pornography in October and one who resigned during a district investigation.

During the discussion that followed public input, Board Member Jason Eyster spoke, but clarified that his statement was not on behalf of the board. He urged all community members to be cognizant of the danger in comments that may be offensive to others, even though they are not intended to be.

Eyster encouraged all community members to work to communicate and understand different points of view when disagreements arise. Respect for others and a willingness to resolve differences harmoniously has been an important strength of the Chelsea community since its founding, he said.

Lehman said she and her family have been under attack since her campaign for reelection was announced in July. She said her social media posts were not intended to be offensive, and have been examined by the district’s attorney who determined there was no violation of board policy. Prior to this election, no complaints were ever lodged during her 10 years of service.

The board approved the November Extended COVID-19 Learning Plan, according to the requirement for monthly reconfirmation.

A combination of hybrid and virtual learning continue, with virtual for all grade levels from Nov. 23 through Dec. 8. Special populations will continue to be serviced in-person to meet specific needs.

High school students were scheduled to begin hybrid learning on Nov. 30, but that has been delayed until Dec. 9 due to the most recent “three-week pause” epidemic order from the Michigan Department of Health and Human Services. Younger students were transitioned to virtual on Nov. 23 in response to the increasing number of COVID-19 cases in the county. (The November plan document is available at https://www.chelsea.k12.mi.us/return-to-school in the dropdown menu under “Extended Continuity of Learning Plans.”)

The board approved the hiring of Mollie McConnell as a social worker for the preschool and North Creek Elementary School. The position became available following Charlotte Yu’s resignation. She will be introduced to the board in December.

There will be no school Nov. 26-27 for Thanksgiving break.

The next regular school board meeting will be at 6:30 p.m. on Dec. 14, location to be determined. 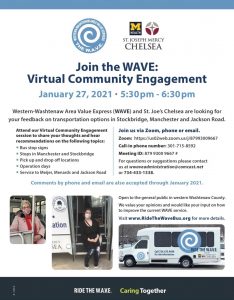 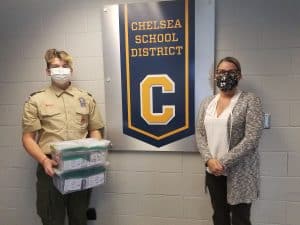 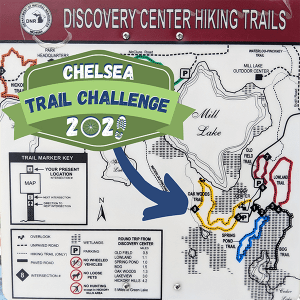 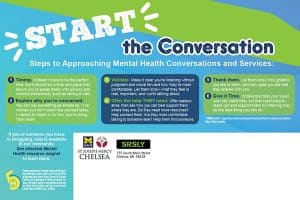