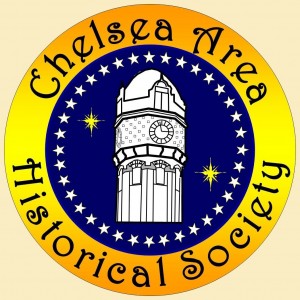 (Chelsea Update would like to thank Dave Gilbert for the information in this story.)
“Everybody has a story.”

This seemed to be an appropriate comment to cap the Chelsea Area Historical Society (CAHS) meeting on March 11 at the Chelsea Depot. The event featured a review of the important roles women have played in Chelsea’s past and present.

CAHS secretary Elizabeth Hammer noted some milestones in the progress of women’s rights since the town was founded in 1850, and then highlighted several of the women who had significant impact on the Chelsea community.

Following the historical review, a diverse panel featuring five local women presented a passionate, heartfelt, enlightening and amusing glimpse into some of the motivating factors in their career choices that led them to make contributions to the community. Mayor Melissa Johnson moderated the panel, which included Linda Meloche, Ann Feeney, Lisa Allmendinger and Joy Barrett.

After each panelist gave a brief summary of her life’s journey, Johnson asked several prepared questions designed to bring out the diversity and motivation of each of the participants’ lives.

The women were joined by Dudley Holmes, who spoke about his mother, Nancy, and grandmother, Mabel and their influence on the town and the Chelsea Milling Company. Holmes also offered a few of his grandmother’s humorous ‘words to live by’.

He has written a book, copies of which will be available soon through the CAHS museum store.

Several questions from the audience concluded the lively and informative session. The entire evening was well received by a crowd of some 40 society members and guests.

The next scheduled meeting of the CAHS is Monday, May 13, at 7 p.m. at the Chelsea Depot and will take a look at Attic Treasures – a chance to see items owned by the museum that are stored for future display.

Attendees are invited to bring their own Chelsea memorabilia and artifacts and share their stories, as well.