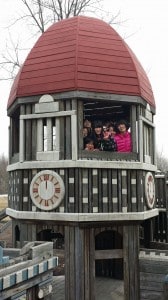 (Chelsea Update would like to thank Christine Frayer and Rose Soriano for the information and photos in this story.)

Seven female students and two chaperons from Shimizu visited Chelsea during the Chelsea-Shimizu exchange program for 7th and 8th grade students.  They were in the city from March 27-April 2.

The Chelsea-Shimizu Sister Cities exchange program has been going on for about 20 years and it truly is an experience that is unforgettable.

Toward the end of June and into July, Chelsea students travel to Japan and tour major cities and visit a

small town that is similar to our own town of Chelsea. To be eligible to go on the trip, you must be in seventh or eighth grade, and a student at Beach Middle School.

Not only do the Chelsea students visit Shimizu, but the Shimizu students come to visit Chelsea from late March to early April. Their student age-range to go on the trip is from seventh to ninth grade.

I was fortunate enough to be able to go to Shimizu, Japan as a seventh grader in 2013. The people I met there were amazing. They were very kind and hospitable. The Chelsea students stayed in Japan for 12 days, for six days we were in Shimizu.

Before going to our sister city, we toured Hiroshima and Kyoto. When we arrived in Shimizu, I was very amazed with how alike the two towns were. Shimizu even had a clock tower. We were all sad to leave the people who treated us like family. I was comforted by the thought that our family was hosting one of the Shimizu students when they came to visit the United States in March of this year.

When the day finally came in March when the students from Japan came, my friends and I could barely contain ourselves. Seeing the people that we haven’t seen for nine months was a great feeling to have. Before the Shimizu students visited Chelsea, they spent a few days in New York City. When they came to Chelsea they visited Ann Arbor, and took a tour of the U of M stadium.

They also took a tour of Chelsea, spent the night at the Howell Nature Center, and spent half the day at Beach Middle School with their host sister or brother.

After the six days they spent with us in Chelsea, we all became very close and it was very hard to see them go. We all made plans to keep in contact.

We would like to say a big thank you to all of the businesses and organizations for supporting the travelers of 2013 and 2014.

Seven Chelsea students and two chaperons are scheduled to visit Japan in June.