A collective sigh of relief was almost audible Sunday, Aug. 4, at the first annual Flanders Fest, when the 1911 Chelsea-built Flanders Motorcycle started up and was then taken for a ride around the block outside the Chelsea Area Historical Society museum (CAHS) on Jackson Street in downtown Chelsea.

In 1911, Walter Flanders started a motorcycle company in Chelsea for his Flanders brand cycles. He set up his manufacturing plant in the Glazier Stove complex.

More than 50 motorcyclists attended the Flanders Fest, first participating in a ride around Chelsea, planned by Lynne Roskowski-Farley, the widow of Art Farley, a 1971 graduate of Chelsea High School and long-time resident of Chelsea, who owned a motorcycle shop downtown on Main Street,

“The ride was my idea, and I’m overwhelmed with all the people who participated,” said Roskowski-Farley. “We had riders from Michigan, Ohio, Indiana and Canada. I love that the Historical Society is open to all ideas.”

“I wanted to participate in history and to share it,” said Spencer, who brought his collection of Flanders motorcycle related literature to share with the CAHS. “This is a little piece of a big story in Walter Flanders’ life.”

The vintage motorcycle was discovered by Chelsea resident Elliott Andrews back in 2017 while touring a motorcycle collection in California.

“Elliott Andrews, who had a passion for old cars and motorcycles, arranged to purchase the Flanders Motorcycle, and the owner was motivated to sell it when he found it was returning to its hometown of Chelsea, Michigan,” said Bill O’Reilly, president of the Chelsea Area Historical Society. “Elliott led the fundraising efforts and the bike was purchased and donated to the Chelsea Area Historical Society where it is now on display.”

Art Farley got to know Andrews, and the two worked together to get the Flanders Motorcycle operational, something that hadn’t happened in decades.

“On July 26, 2017, about 30 or so supporters of the project gathered on the lawn and driveway of the Chelsea Historical Society’s Museum, opposite the train depot,” said O’Reilly. “It was only that afternoon that they got the engine working properly. With Andrews watching, Farley took the 1911 Flanders for a ride up and down Jackson Street – in the shadows of the very buildings it was manufactured in 106 years earlier (there wasn’t a dry eye to be found).” 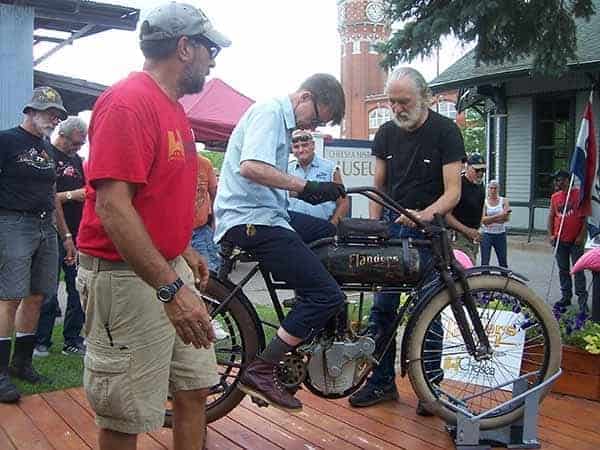 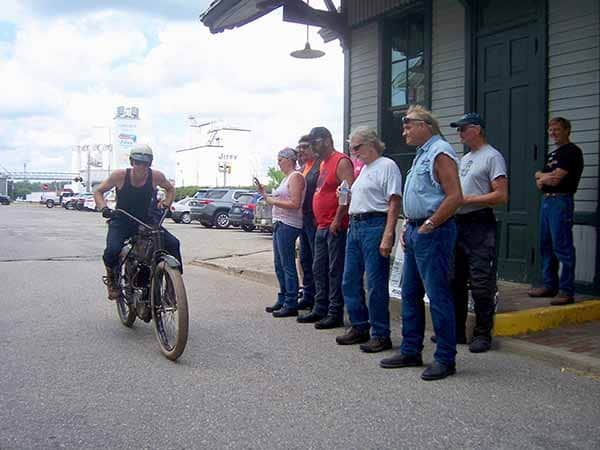 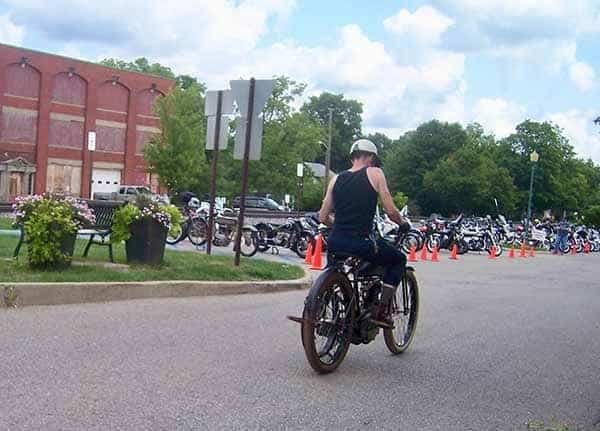 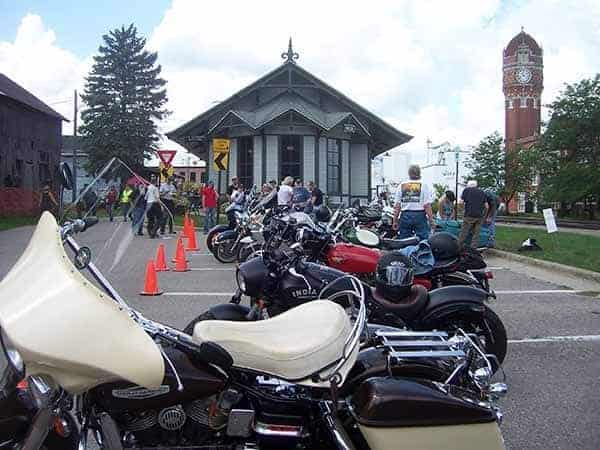 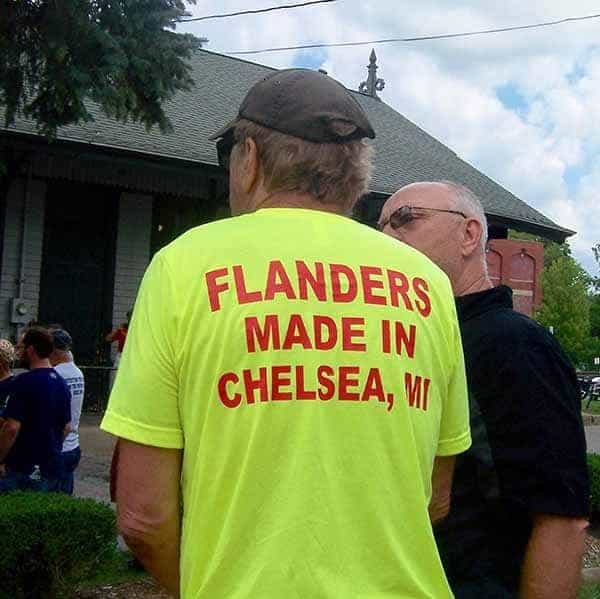 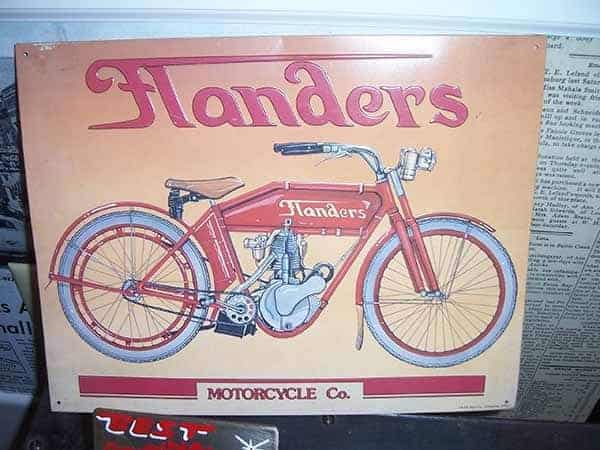