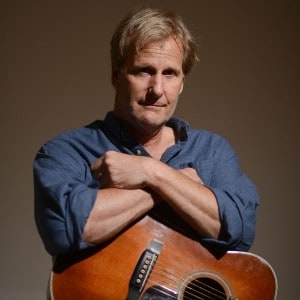 Back by popular demand, Jeff Daniels will return to the stage of The Purple Rose Theatre Company (PRTC) to perform Onstage and Unplugged Saturday, Dec. 26 through Thursday, Dec. 31. Tickets will go on sale to PRTC donors Nov. 9 at 10 a.m. and to the public on Nov. 16 at 10 a.m.

A prolific songwriter, actor, and playwright, Daniels, who founded the PRTC, will perform songs that are alternately humorous and poignant. This year’s line-up will feature old favorites, never before heard ballads and songs from his most recent album, Days Like These. He is currently on a 23-city tour with his son, Ben, and The Ben Daniels Band.

His recent movie endeavors include Oscar contenders The Martian and Steve Jobs. Daniels is also filming the final two movies in the Divergent series saga. He recently received his third Emmy nomination for his lead role as Will McAvoy on HBO’s acclaimed series The Newsroom. Daniels won the Lead Dramatic Actor Emmy in 2013.

“Jeff Daniels is one of the busiest men in show business,” said PRTC Artistic Director Guy Sanville. “The fact that he chooses to spend his holidays with us performing Unplugged speaks volumes to his dedication to the PRTC and to our community. We could not be more excited.”

Tickets to Onstage and Unplugged can be purchased by phone at 433-7673 and online here.

Daniels’ first album, Jeff Daniels Live and Unplugged, was recorded in 2001 during a concert at the PRTC and sparked this annual music tradition. His other albums include Live at the Purple Rose, Grandfather’s Hat, Together Again with Jonathan Hogan, Keep It Right Here (featuring Brad Phillips and Dominic John Davis), and Days Like These. They may be purchased at the PRTC box office and online here.