When Chelsea Police Chief Ed Toth asked Lenard E. McDougall to come into work on Monday for training, he did as he was asked, and reported for work at the Chelsea Police Department despite the fact that it was his day off.

Meanwhile, 16 family members, Chelsea Area Chamber of Commerce members and staff met in the parking lot behind Common Grill to surprise this year’s Lifetime Achievement Citizen of the Year.

So while Toth took McDougall to The Depot to put up new signs warning people not to illegally cross the railroad tracks, the congratulatory group walked over and hid on East Middle Street awaiting the surprised winner’s arrival at the corner of Main and Middle.

“I’m shocked,” McDougall said of the award, before adding that Toth “had really conned me this time.”

“The Lifetime Achievement Award is presented to a Chelsea area resident who has demonstrated over a number of years, a commitment and involvement in our community with the selfless intent to improve the quality of life for all of the citizens of Chelsea. Your devotion to protecting our citizens and community is cherished by all who know you,” Pierce read.

“It’s been an enjoyable 45 years,” McDougall said of his time in Chelsea.

McDougall began working for the Chelsea Police Department in 1969, arriving from the Washtenaw County Sheriff’s Office.

Toth added, “If I had everyone else working as hard as he does … It’s a well-deserved award and I congratulate him.”

(And, yes, he did get the rest of the day off to celebrate with his family.)

Along with Citizen of the Year Rick Eder, McDougall will ride in style in the Chelsea Community Fair Parade and will be formally honored on Thursday, Oct. 23, during a banquet in his honor at the Chelsea Comfort Inn and Village Conference Center.

Please enjoy the slideshow below from the surprise event. 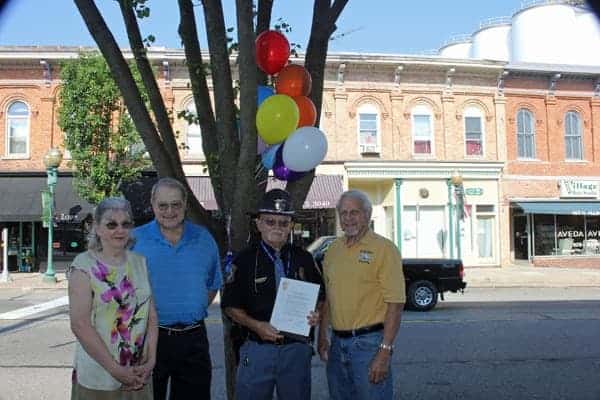 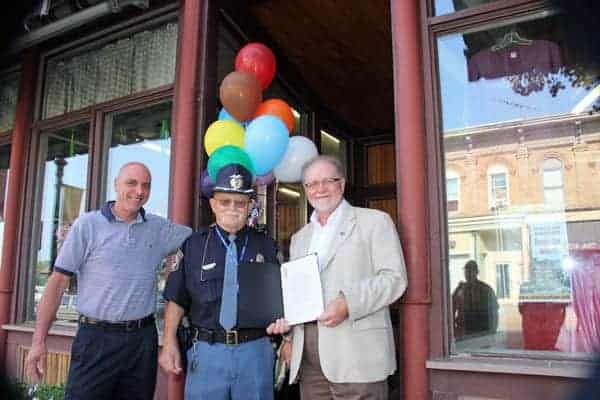 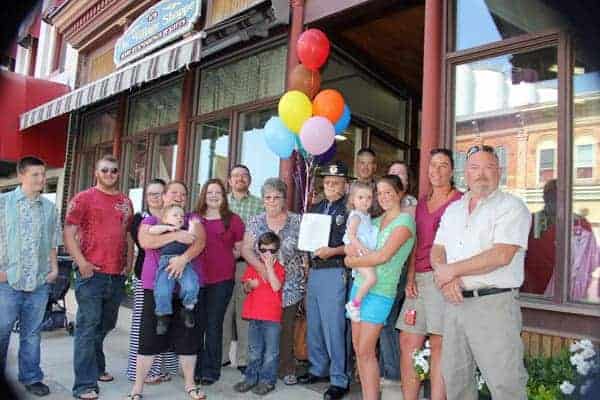 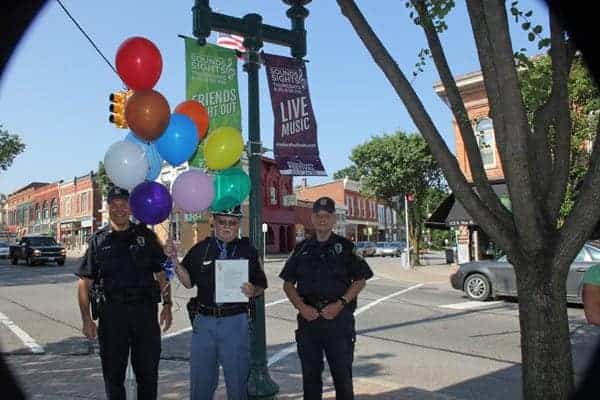 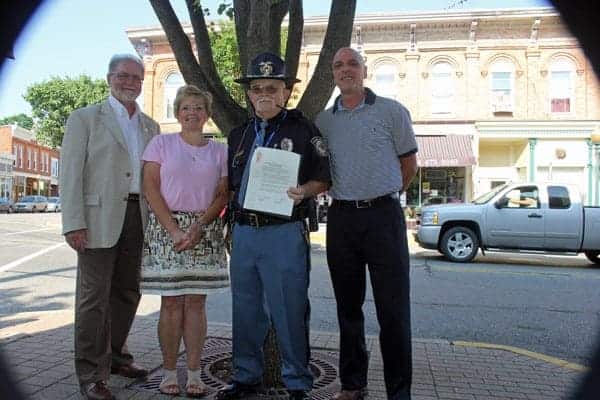 Sept. 25: What to Expect at the Chelsea Farmers Market