Keeping up with the weeds is only one of the challenges to anyone with gardens this month. Insects and disease are also going to need our attention as July heats up, as will watering. The good news is that there should be lots to eat fresh from the veggie garden.

In the vegetable garden:
Many insect pests have been helping themselves to a number of my crops already this season, and I’m apparently not the only one with this problem. I’ve gotten a few calls, as well as some customers in the store, asking about different damage they are seeing on their plants.

The biggest culprits so far seem to be cabbage moth larvae on cabbage, broccoli, and kale. Slugs and aphids also seem to be giving people a lot of headaches. I’ve had all of the above, along with flea beetles and at least one Mexican bean beetle (so far).

What to do about them all? Unfortunately, there isn’t a one-size-fits all solution, and it’s important to know what’s eating your plants, so you can be sure to use the proper controls. So, let’s tackle them on-by-one (and if there’s something eating your plants that I’m not covering here, please feel free to call or stop in at The Garden Mill.)

Cabbage Moth
Cabbage moth larva can easily be picked off your plants and squashed. The hard part is finding them. Look for them on the undersides of the leaves (though they may also be on the tops), and look really closely – they are experts at camouflage.

Even if you find one or two, there may be more that you miss, so check back again in a day or two. One clue to where to find them is to look for their excrement. If you see fresh green-black pellets on the leaves, the caterpillars are likely nearby.

Aphids
Aphids generally hang out in large groups at the tips of stems (they like succulent, new growth best) and on the undersides of leaves. Aphids come in lots of colors, including green, black, yellow, orange, red, and white. A good squirt or two of insecticidal soap is all it takes to neutralize these pests, but you need to spray them directly for it to be effective. So, find them, and then spray them. Aphids reproduce at an amazing rate, so get them early and often.

Slugs
Slugs are one of my least favorite creatures in the garden. They’re gross (and I’m not easily grossed out), and they’re sneaky. They mostly feed at night, because they dry out too easily in the sun. So, if you are seeing lots of damage to your plants that seems to show up overnight, and you can’t find any insects, you probably have slugs.

If you look under your mulch, you might actually see them hiding there (they also really like lettuce, and you can often find them within the leaves). These guys, because they stay hidden most of the time, can be hard to control. Diatomaceous earth, which can be sprinkled around the plants, is one option. It is scratchy, and will shred the soft bodies of the slugs as they try to get to your plants. You can also use window screening, cut into circles, and placed at the base of your plants. Slugs generally avoid anything scratchy, so will stay away from screening.

Mexican bean beetles pretty much just stick to eating bean plants. They are the size of ladybugs, and actually look a lot like ladybugs, but are generally yellow to orange in color, and always have exactly 16 black spots on their wings – 8 on each wing.

Ladybugs, on the other hand, come in a variety of colors, but generally have fewer spots. Both flea beetles and Mexican bean beetles jump really far, really fast, when they are threatened, so trying to spray them is not very effective. However, diatomaceous earth can also be effective against these critters. Controlling both of these creatures is important – flea beetles can spread diseases to your plants, and Mexican bean beetles can decimate bean crops in short order.

Weeds
Weeds are the other big problem in gardens at this time of year. Keeping up with them can be a real chore. The best thing to do is to try to get them while they’re small, mostly because they are easier to pull out before their roots are too established.

Since weeds compete for water and nutrition with the plants you want, don’t let them get out of control. At this time of year, crabgrass, spurge, thistle, and black medic tend to be some of the most common problems. Of these, thistle is the hardest to get rid of and the most invasive, though there are certainly others that make the life of the average gardener difficult. 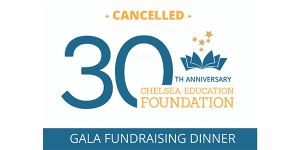