Bet you didn’t know that Chelsea has its own version of the “Material Girls.”

This group of 25 ladies meet once a month for about 2 and ½ hours at the Chelsea First United Methodist Church to create crafts from all kinds of materials, most of them donated or bought locally.

The Material Girls were formed by Barbara Brown, who along with Sherri Plank and Janet Alford, came up with the idea to make new items from ‘upcycled’ materials that were handcrafted and locally made.

The group began meeting in February and since March have made more than 1,600 items that will be on sale at the 3rd Annual Children’s Christmas Bazaar on Saturday that’s part of Hometown Holiday.

Brown said the group made about 75 different types of items for the bazaar.

In addition, they made 400 additional items that will go to the Jackson Interfaith Shelter.

Brown says the founders thought it would be fun to form a group who would make all kinds of items that could be purchased for $1-$5 by local children during the annual bazaar.

“Our goals were to use ‘upcycled materials’, the items would be hand crafted and American/locally made,” she said.

The group created marshmallow shooters from PVC pipe that look like a duck. There are bags with ping pong balls and bean bags with juggling instructions.

They purchased 3,000 wool beads from Nepal and made bracelets, necklaces and key chains from the colorful round beads. They bought paracord and made bracelets in maize and blue and green and white as well as other colors.

From donated rulers, the Material Girls made key holders, and they bought white aprons and painted different designs on them.

Felted wool purses and pins, fabric-lined baskets and colorful magnets, post cards, stained glass ornaments, and magnets — all that will purchased by youngsters for $5 or less.

Although this year’s projects are complete, the Material Girls welcome new members who do not have to be members of the church.

Allison Vanderspool, chairman of the holiday bazaar said, “Our goal is to break even and provide the shopping experience to Pre-K to 5th graders and their shopping buddies,” she said.

There will also be “scholarship shopping experiences” for children served by Faith in Action this year as well.

The first year of the bazaar, Vanderspool said there were 60 shoppers, in this, its third year, there will be 180 shoppers and a wait list of another 15 children, who will also be served if additional community youth step up and volunteer to be their shopping buddies. 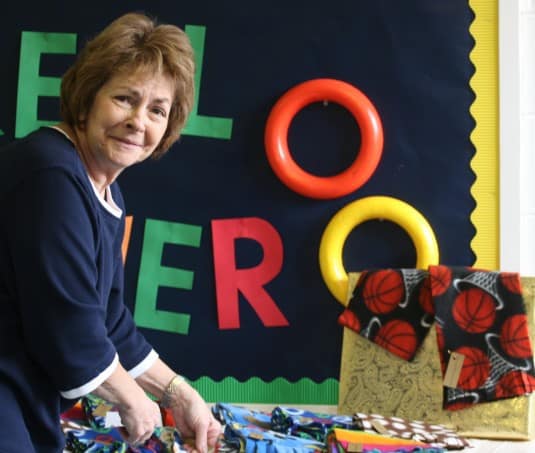 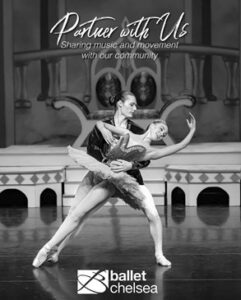 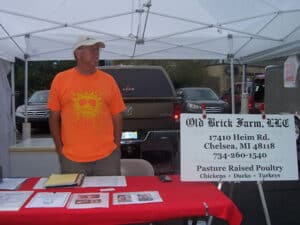 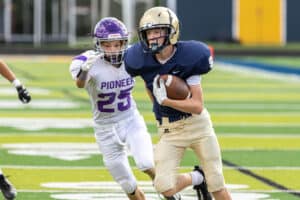 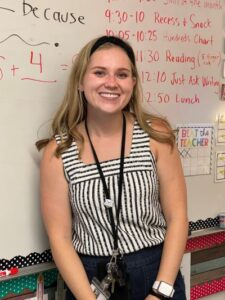 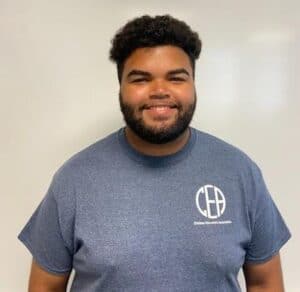