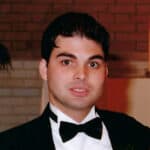 Christopher Lee Misner of Dexter, MI, formerly of Ann Arbor. age 54, went to be with the Lord after a brief illness on Thursday, April 15, 2021 at St. Joseph Mercy in Ann Arbor.

He was born Aug. 4, 1966 in Garden City, Michigan, the son of David Charles and Joyce Victoria (Tate) Misner.

Chris graduated from Ann Arbor Pioneer in 1984, and from Michigan State University (where he studied Political Science) in 1989. He worked for Hope Network in Jackson, Park Center in Ft. Wayne, IN, and then at St. Joseph Mercy Hospital – Chelsea, Behavioral Heath for the past year. 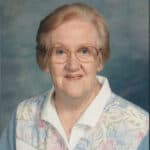 Doris moved to Ann Arbor in 1929 with her family. She graduated from Ann Arbor High in 1937. Her first job in those Depression years was at the Ann Arbor Public Library where she worked until 1941.  She moved to a job at the U of M Main Campus where she worked as a Secretary and eventually as office supervisor in the Engineering Research Department Technical Reports office, where they prepared the Top Secret reports on the first research being conducted on atom smashing and nuclear fusion and the very first experimental bombs that were later developed into the atom bombs that were used to end World War II.

Funeral services will be held Tuesday, April 20, 2021 at Cole Funeral Chapel. Because attendance will be limited due to COVID restrictions, a video of her service will be posted on the funeral home website as soon as possible. Burial will be at Oak Grove Cemetery in Chelsea, Michigan. 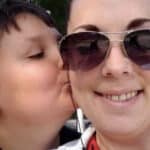 She was born July 28, 1986, in Commerce Township, the daughter of Donald Michael “Mike” and Heather Ann (Madion) Shurmur.

Tiffany graduated from Chelsea High School in 2004, and attended Washtenaw Community College. She worked as a waitress at Los Tres Amigos.

No public funeral services will be held.

Let’s (Really) Get Gardening in May, Part 2

May Sweet $aver Saturdays in Chelsea

Shop For Mom at the Saturday Farmers Market