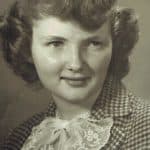 Barbara Kline passed away peacefully at her home in the Chelsea Retirement Community on Aug. 14, 2020.

She married James D. Kline on Nov. 23, 1950; he preceded her in death in 2003. She is survived by her daughter Andrea and son-in-law Paul Evanoff of Gregory, Michigan, her son Kelly of Baltimore MD, grandson Joseph Kline of Red Lion, PA, and several nieces and nephews.

Although she was an excellent student, Barbara’s father discouraged her interest in higher education since it would be “wasted on a housewife.” But, as soon as her children were old enough, Barbara began taking community college classes eventually earning Bachelor’s and Master’s Degrees in Early Childhood Education and Administration. She worked at the Milford Mill Church Child Development Center for 27 years where she eventually served as Executive Director. A scholarship fund was established upon her retirement in recognition of her service.

Barbara was an accomplished musician, performing as organist for many church services and choir practices. And she loved gardening, toiling countless hours in her flowerbeds.

Cremation has taken place; a ceremony will be held at the family cemetery in Lewistown at a later date. 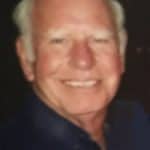 James (Jim) Lyle Utsler of Chelsea, quietly passed away on Saturday, Sept. 12, after a long and well-lived life.

Born in Dexter, on July 9, 1931, to Lyle and Beulah (Betty) Utsler. He served along with his twin brother Jerry in the U.S. Air Force during the Korean War, retired from a management position at General Motors and subsequently became a real estate agent serving the Chelsea/Dexter area.

Jim never failed to find adventure in life, whether going on an African safari; zip-lining in Costa Rica; piloting planes and sailing boats; daring rickety train rides in Mexico (a trip he often ruefully joked about); exploring Europe with his wife; rebuilding his and Janet’s cottage on Joslin Lake; cycling on backroads; cutting up while playing euchre; barking out “Go Blue!” during U-M football games (and razzing his MSU family and friends when the Wolverines beat the Spartans); or sneaking off to a dive bar for a cold beer. It was moments such as these—both large and small—that he enjoyed so much.

This kind and warm-hearted, gentle person who couldn’t tell a joke without laughing before reaching the punchline—if he ever reached it at all—hasn’t so much passed as left everyone he touched with fond memories, reasons for hope, a profound sense of wonder and curiosity, and, most importantly, love.

An informal celebration of Jim’s life will be held at a suitable time in 2021, and his burial will take place at St. Andrew’s Cemetery in Dexter.