The first phase of a planned three-phase project to reassess all the properties in the city will soon be underway.

First up, commercial and industrial properties and there are about 220 of them said Kim Garland, administrative director for the city.

At a Chelsea City Council meeting on Aug. 28, the council unanimously approved up to $16,500 to have the first phase of the reassessment done – something that must be completed to maintain compliance with state requirements called the State Tax Commission best practice recommendations.

The project is slated to begin at the end of September, Garland said, by the city’s recently approved assessor, WCA Assessing of Westland. 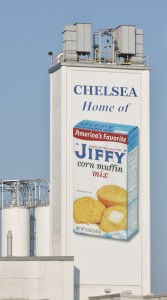 The cost “is in line with our budgeted estimate,” she told the City Council, adding that she did not know if the money “would be recouped in taxes.”

Doug Shaw, a representative of the company, said it would take between 3-6 weeks to inspect the properties with “feet on the street,” people who use lasers to compile the exterior footprints of the buildings.

“Our inspection is solely exterior,” he said, adding that the company would verify the footprint of the buildings and any exterior proportions.”

The next phase will be residential properties and yes, chicken coops will be included in the exterior measurements along with decks and porches.

Council Member Frank Hammer said that about 10-12 years ago, the city had an assessor going around to verify the exterior and asked if they would go inside.

He was told that the assessors only do exterior inspections.

Once all the measurements are done, the new information will be added to record cards kept in the city offices.

In addition, the state randomly chooses 15 properties and physically reviews the measurements “for equity and fairness to the property owners,” Shaw said.

The city chose to have the reassessment completed in three phases to reduce the cost of the task Chelsea Mayor Jason Lindauer reminded the City Council. The next phase is not expected to happen until 2013.

The motion to approve the commercial and industrial phase of the reassessment was made by Ann Feeney and seconded by Marcia Parker.