(Chelsea Update would like to thank Tom Hodgson for the information and photos in this column.)

Just 13 miles west of Chelsea is Michigan Audubon’s largest preserve. The Phyllis Haehnle Memorial Sanctuary covers just over 1,000 acres and includes forest, prairie and wetland habitats. In the October and November, it is visited by about a third of the 24,000 sandhill cranes that call Michigan home.

They feed in area fields during the day then fly to the Sanctuary to spend the night. Crane numbers at the sanctuary are now beginning to build. Every Monday, Jackson Audubon has several volunteers who count the cranes as they come into the sanctuary, and the numbers have been doubling each week for the last month.

This past Monday they counted over 1,700 cranes, so we may expect as many as 3,500 this weekend. If numbers continue to increase as expected, by early November there should be over 8,000 birds flying in every evening. Then the numbers will decline as birds begin to leave for their wintering grounds in Florida and other southern states. Nearly all will be gone by early December.

Each weekend afternoon and evening for the next several weeks, Jackson Audubon will have greeters at the sanctuary to welcome visitors and help them view and learn about the cranes. Although there will be no greeters during the week, the public is still welcome. Those visitors who arrive about two hours before sunset will be able to see most of the cranes come in. The Sanctuary has an observation hill with comfortable benches, or visitors may bring their own lawn chairs.

Be sure to dress warmly as temperatures are dropping and the observation site can sometimes be windy.

The Sanctuary is located on Seymour Road about one and one half miles west of Race Road. The fastest way to get there for Chelsea folks is to take I-94 west to Race Road, turn north. Turn left where Race Road ends on Seymour.

The Sanctuary was once the private hunting preserve of Casper Haehnle, a wealthy brewer from Jackson. In his later years, he used the preserve less and less. Two Jackson Audubon members Bob Whiting and Harold Wing persuaded “Cap” as his friends called him, to donate the land to Michigan Audubon as a wildlife sanctuary. In return, the site was named The Phillis Haehnle Memorial Sanctuary in memory of his daughter who had died at a young age.

In 1954, Casper Haehnle donated the 497 acres to Michigan Audubon, and since that time an additional 500 plus acres has been acquired through donations and fundraisers.

Not only has the Sanctuary attracted thousands of visitors over the years, it has also served as a site for crane research. Internationally known crane expert Dr. Lawrence Walkinshaw did most of his research on sandhill cranes at the sanctuary.

In 1942, there were only 27 pairs of sandhill cranes in Michigan. The majority of these nested in Jackson County. Thanks to the preservation of natural areas like the Haehnle Sanctuary and the Waterloo Recreation Area, these birds have made a come-back and are no longer considered endangered.

Each of these birds is four-feet tall with a six-foot wingspan. Seeing flocks of a hundred or more coming in at a time is a truly impressive sight. 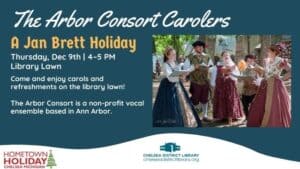 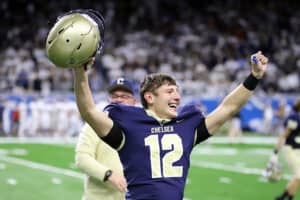 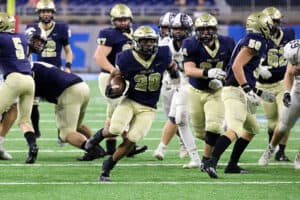 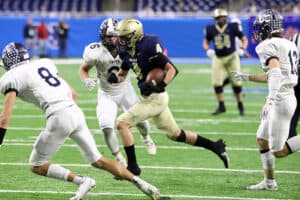 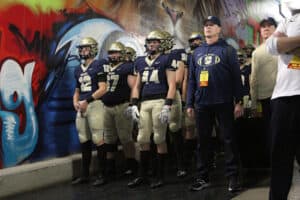 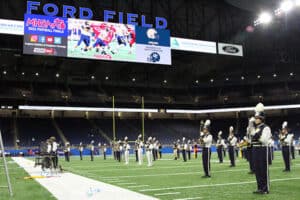