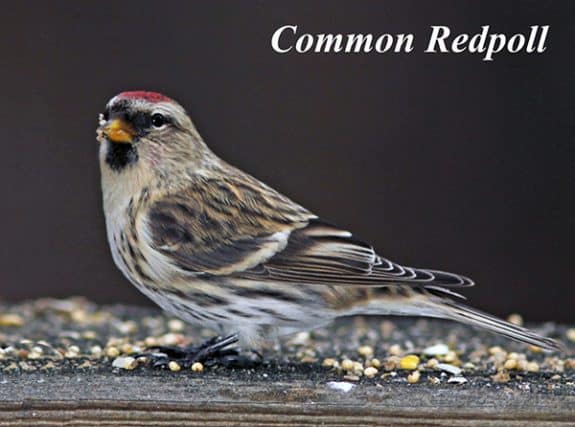 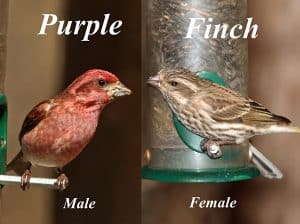 What is an irruptive year?

It is a year that feeder watchers love. This is when birds that live in the boreal forests of Canada and extreme northern U.S. decide to take a trip south for the winter. Why? No one knows for sure, but here is the prevailing theory. Because there is not enough food available in their northern neighborhoods to support them.

This often happens the year after boreal trees produce a bumper crop of seeds. Apparently, that was the case in 2019. Last winter, boreal species had plenty of food and came through the winter in great shape, leading to high reproductive success. This year, there is a bumper crop of the birds but only a so, so crop of seeds. It is starve, or leave. Not a very hard choice.

Are we seeing the beginnings of an irruption? Could be.

Red-breasted nuthatches and pine siskins are already visiting local feeders. Most years, we don’t see them at all.

Could common and hoary redpolls, purple finches and evening grosbeaks be far behind? How about red, and white-winged cross bills?  You never know. Time to be alert.

Check your feeders each day and be on the lookout for these northern travelers.

I am including pictures of some of them, but I don’t have images of all.  I am hoping to expand my image library this winter. So, dig out your bird books and read up on them.

This could be a fun winter bird season. I covered the red-breasted nuthatch and the pine siskin in the last article. Here are a few more to add to the list.

Common Redpoll: This is a chickadee sized bird has a red patch on the front of its crown, and a black chin. Its body is highly streaked both above and below. It has a very high metabolic rate and must eat constantly from dawn to dusk. The last time I had them at my feeder was 2012. 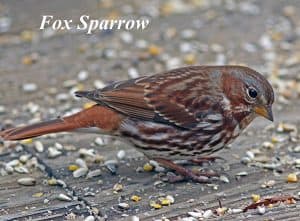 Fox Sparrow: This boreal forest nester is seen more regularly than the most irruptive species. It is only here briefly in fall and early spring on its way to and from its wintering grounds in the southern states. Look for this large, plump, streaked, reddish brown sparrow on the ground beneath your feeder.

Purple Finch:  A plumper version of the house finch with a heavier bill and bold facial stripes. Another boreal nester that is a more dependable visitor than the more irruptive species, but less common than the house finch.

Evening Grosbeak: Haven’t seen this one since 2000, but this may be the year. The male color pattern is very striking. Don’t have a picture, so you will have to look it up. It is built a lot like a rose-breasted grosbeak with a heavy seed crushing bill. If we have them, they will go through a lot of sunflower seed. 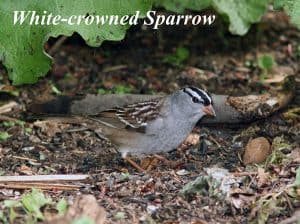 White Crowned and White Throated Sparrows: These two are dependable migrants, but once again only seen briefly in fall and early spring on their way to and from their wintering grounds.

Michigan is just north of their usual winter range, so a few may stay for the entire winter. They are both ground feeders, so look for them under your feeder.

Carolina Wren: As the climate warms and our winters become milder, this southern species has become a year around resident in Michigan.  I have them at my feeder now. They are especially fond of suet.

Looking forward to a very good winter for feeder watchers. 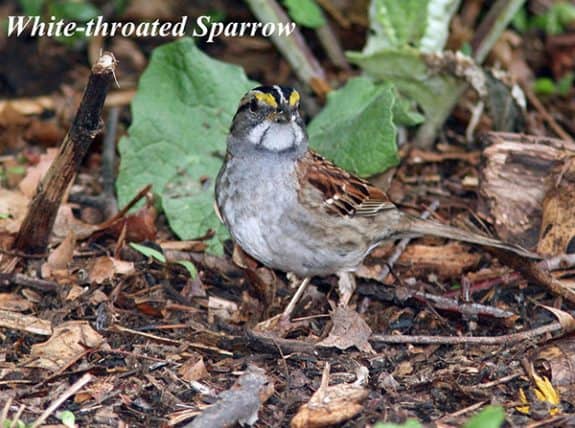 3 thoughts on “This May Be An ‘Irruptive’ Year”